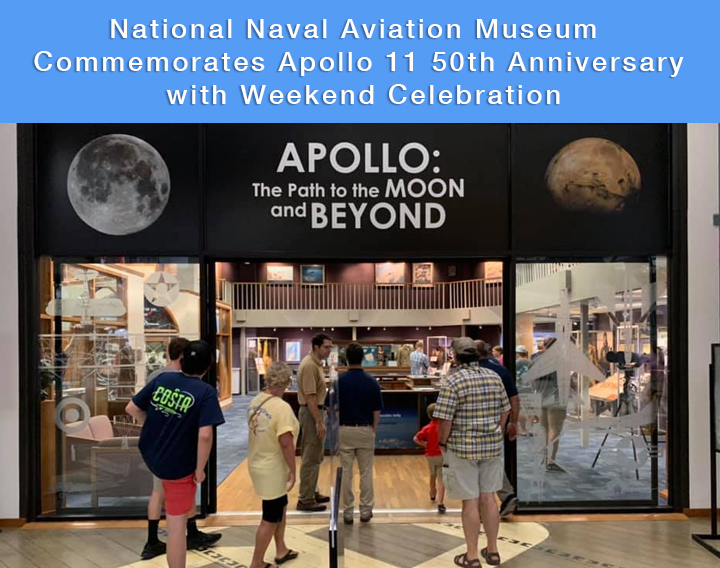 Posted at 16:41h in News by Admin 0 Comments
Share 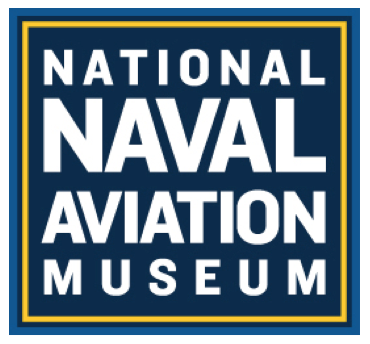 National Naval Aviation Museum Commemorates Apollo 11 50th Anniversary with Weekend Celebration
Saturday, July 20 and Sunday, July 21
Pensacola, Fla. – (July 15, 2019) – In commemoration of the 50th anniversary of the Apollo 11 mission to the moon, the National Naval Aviation Museum recently opened a new exhibit on Friday, July 12, and will be hosting a space-themed celebration the weekend of July 20 –21.
Located in the gallery of the museum’s Emil Buehler Naval Aviation Library, “Apollo: The Path to the Moon and Beyond” takes visitors on a 100-year journey from Naval Aviation’s earliest flights that laid the foundation for space travel, to the epic Space Race of the 1960s, to the current operations on board the International Space Station.
“We thought a unique way to commemorate the Apollo 50th was to make it a milestone event in an enduring journey of exploration and pushing the boundaries of flight,” said Museum Deputy Director Robert R. Macon. “The Navy’s speed and altitude records and exploration of places like the Antarctic were part of the spirit of discovery that drove the space program.” 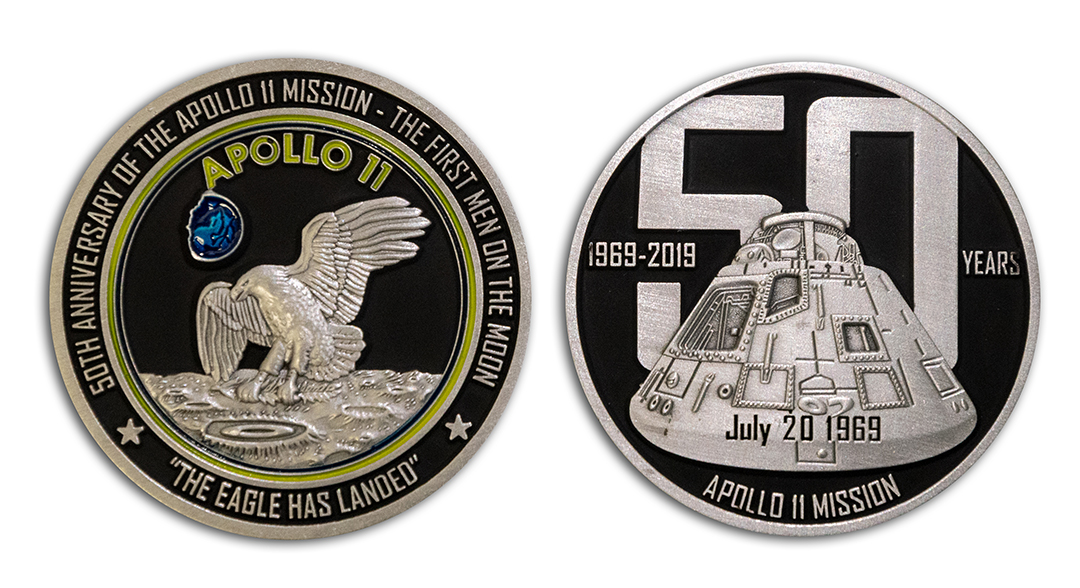 Visitors will be able to see a flight suit worn by the appropriately named test pilot Apollo Soucek during record high-altitude flights in 1929 and 1930 and a flag flown during the Second Byrd Antarctic Expedition in 1935. Astronaut artifacts include training records from Neil Armstrong’s time as a flight student at NAS Pensacola and the flight jacket worn by John Young, who walked on the moon as the commander of Apollo 16, when he flew F-4 Phantom II fighters. Items flown on board the International Space Station are also displayed. 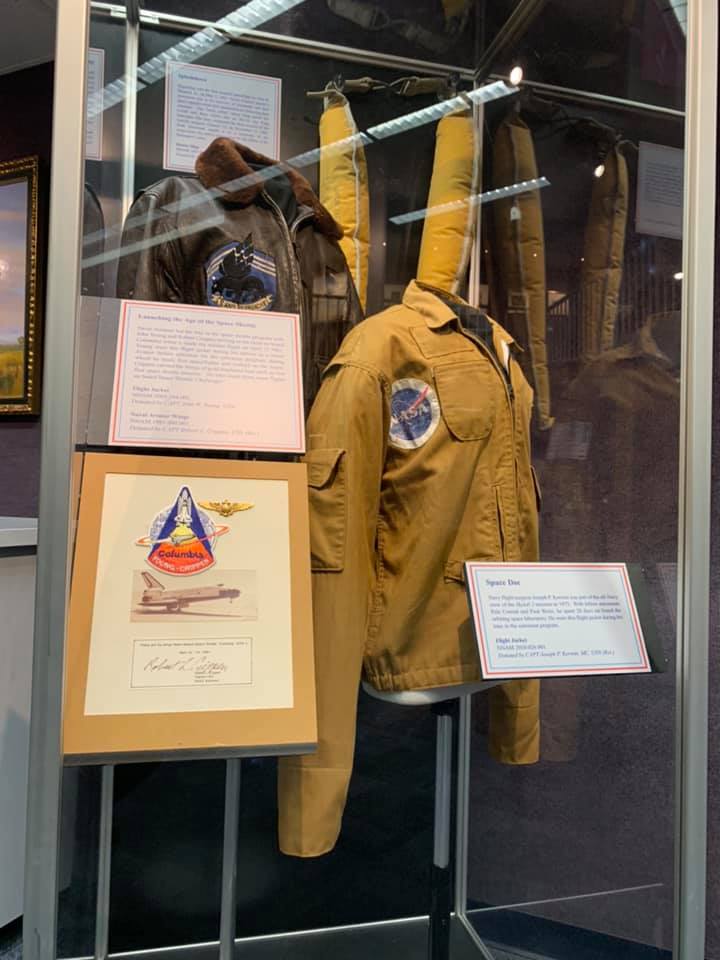 The exhibit is the newest addition to the museum’s coverage of Naval Aviation’s role in the space program, which includes a replica of the Lunar Module that astronauts landed on the moon and the actual rescue basket that pulled the Apollo 11 astronauts into a helicopter after their capsule splashed down in the Pacific Ocean. 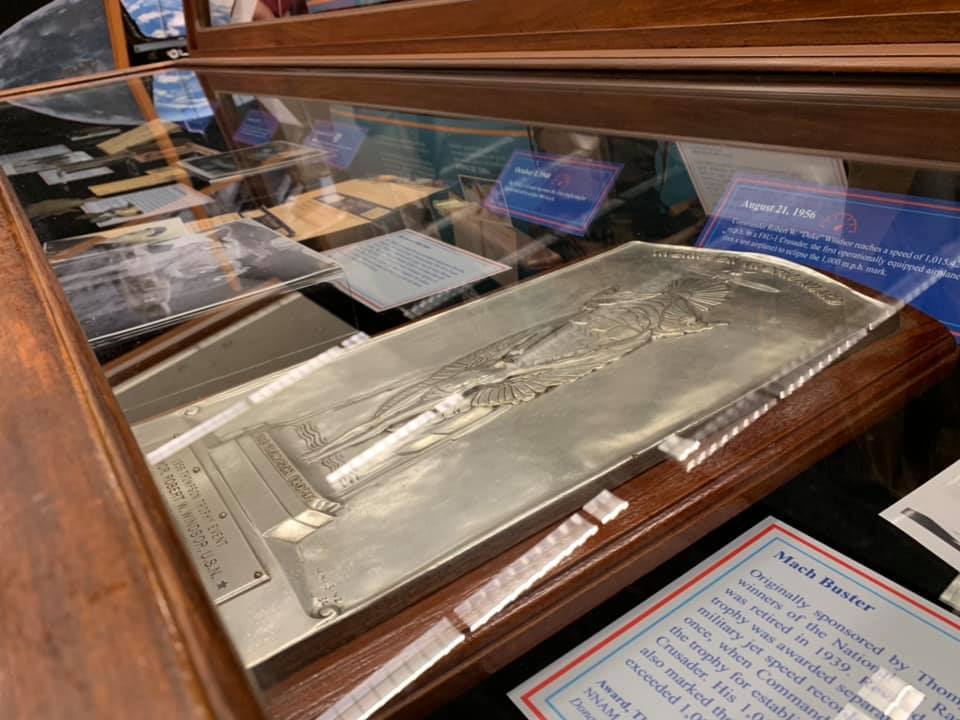 The Naval Aviation Museum Foundation also offers an Apollo 11 Virtual Reality experience and currently shows the movie “Apollo 11: First Steps Edition” that tells the story of the landmark flight using never before seen 70mm footage. The film will show in the Giant Screen Theater on the hour, every hour, beginning at 10 a.m., with the last show at 4 p.m. The cost for a single movie ticket is $7 per person. 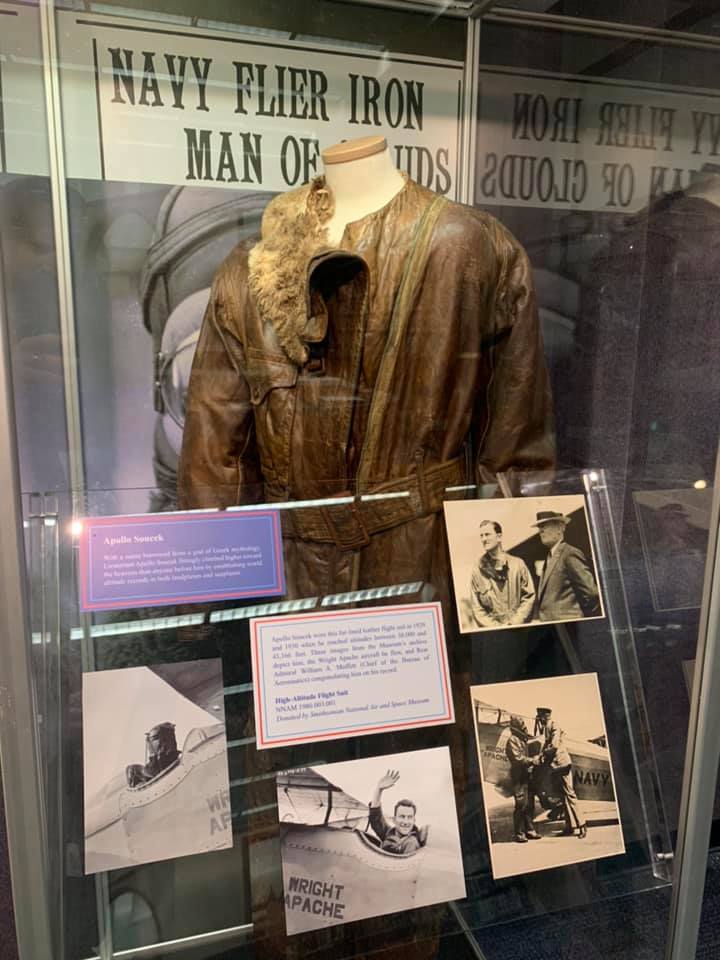 For the entire weekend, visitors who make a $25 donation will receive a limited edition Apollo 11 50th Anniversary Commemorative Coin plus admission to the Giant Screen Theater’s “Apollo 11: First Steps Edition” and a ride on the new Apollo 11 Virtual Reality Attraction.
Children can become Space Explorers and journey through the National Naval Aviation Museum’s many space exhibits that honor extraordinary individuals and their path from Naval Aviation to outer space. Experience the new “Apollo: The Path to the Moon and Beyond” exhibit, special photo ops and Apollo spaced merchandise for sale in the Museum’s Flight Deck Gift Store.
On Saturday, from 10 a.m. – 2 p.m. visitors can experience hands-on space themed activities and robot displays from the Pensacola MESS Hall and IHMC. Families can visit the Nimitz Ticket Counter to redeem the Space Explorer card, collect stamps, then return the completed card to the Apollo 11 Virtual Reality Attraction for a free space-themed prize. The Apollo-themed event is family-friendly, free and open to the public. For more event information visit http://bit.ly/2YdYk92.
About the National Naval Aviation Museum
The National Naval Aviation Museum features nearly 350,000 square feet of displays and is one of the world’s largest aviation museums. Located aboard Pensacola Naval Air Station, the facility boasts more than 150 beautifully restored aircraft representing Navy, Marine Corps and Coast Guard aviation, and is one of Florida’s most visited museums. Be sure to visit Hangar Bay One, displaying aircraft of the post-WWII era including presidential helicopter, Marine One. Among the countless things to touch, see and experience are thrilling 3D and HD flight simulators and the new Blue Angels 4D Experience. Don’t miss the drama and power of the laser powered Giant Screen digital theater. The Cubi Bar Café offers a unique dining experience, and the Flight Deck Store is the perfect place to find a souvenir that captures the spirit of Naval Aviation. Museum admission is FREE and open to the public. The National Naval Aviation Museum is open daily from 9 a.m.–5 p.m. For more information, visit www.NavalAviationMuseum.org