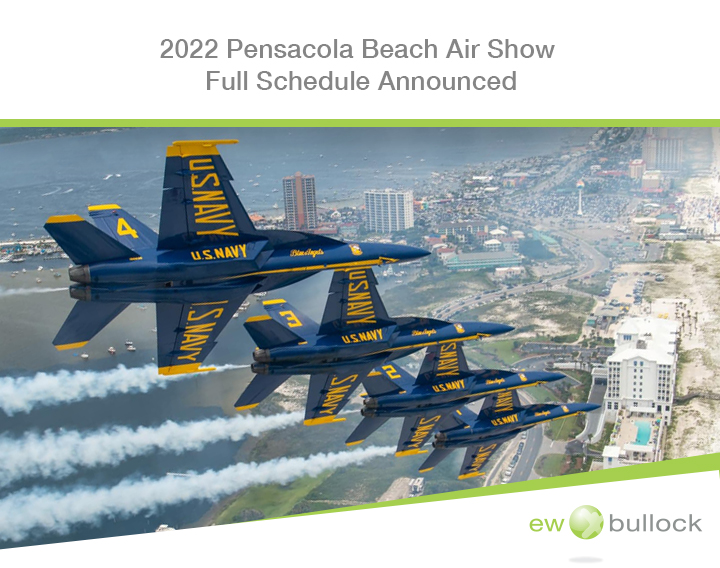 PENSACOLA, Fla.(June 29, 2022) — The Santa Rosa Island Authority (SRIA) will once again host the annual Pensacola Beach Air Show, with viewing opportunities July 6-9. The elite U.S. Navy Blue Angels, our hometown heroes, will headline all events which culminate on Friday, July 8, with a full, dress rehearsal and Saturday, July 9, with the official Air Show. In addition to the Blue Angels, there will be a host of world-class military, aerobatic and stunt plane performers, as well as interactive exhibits, military recruitment stations and all types of vendors on the ground.“We are so excited to be able to host our hometown heroes on our beautiful beach,” said Leigh Davis, Executive Director of the SRIA. “It’s an awe-inspiring tradition that locals and tourists alike get to enjoy every summer bearing witness to the breathtaking display by the United States Navy’s finest.”To help alleviate traffic congestion for the Pensacola Beach Air Show, the Santa Rosa Island Authority (SRIA) is extending public transportation hours along the island on Friday, July 8, and is adding extra buses to the schedule on Saturday, July 9.On Friday, July 8, the SRIA’s three, free open-air trolleys will begin transporting customers starting at 7:30 a.m. and extend their service to Park East, located a mile east of Portofino Resort, until 6 p.m. Following that, the regular route will resume until midnight.
On Saturday, July 9, starting at 6:30 a.m., the SRIA will have seven buses in addition to the three open-air trolleys running and will extend their service area to Park East until 6 p.m. Following that, the three open-air trolleys will resume normal operations until midnight.
On Friday and Saturday, trolleys will service passengers from Park East and Park West to Casino Beach throughout the day. Post-show, trolleys servicing Portofino Resort/Park East will be staged on Via de Luna directly across from Santa Rosa Island Authority (facing east). Trolleys servicing Park West will be staged on Ft. Pickens Rd. adjacent to The Sandshaker (facing west).
Due to extreme traffic and congestion buildup on Friday and Saturday, trolley service to the access road stops (Grand Marlin, Radical Rides/Laguna’s, Quietwater Beach, and the Boardwalk) will be temporarily suspended until 6 p.m.

The SRIA wants to remind all passengers that they will only be picked up and dropped off at designated trolley stops.

Passengers who wish to get back to their vehicles as soon as the air show ends need to be on the first fleet of trolleys leaving Casino Beach post-show. Due to the gridlock that occurs immediately following the air show, riders should expect to wait as long as 90 minutes for the trolleys to return to Casino Beach if they are not on the first trip out.
The SRIA is requiring the public to suspend all flights of unmanned aircraft, or drones, during the air waiver hours of the Pensacola Beach Air Show. In addition, glass is always prohibited on the beach, and leashed dogs are only allowed at the two designated dog beaches on either side of the island.Kicking off the air show week is “Breakfast with the Blues,” on Wednesday, July 6, around 7:30 a.m. when the Blue Angels arrive and circle overhead to mark the show’s coordinates and center points along Pensacola Beach.On Thursday, July 7, at 2 p.m., the Blue Angels hold a practice show over Pensacola Beach.

Friday, July 8, is the Pensacola Beach Air Show dress rehearsal where a handful of flight demonstrations and civilian aerobatic performances begin at approximately 11 a.m., with the Blue Angels to be overhead at 2 p.m.

Saturday, July 9, marks the official Pensacola Beach Air Show, and follows exactly Friday’s dress rehearsal schedule:Julian MacQueen will lead off the civilian acts portion of the air show in his big, flying seaplane, a vintage 1943 Grumman Widgeon starting around 11 a.m.Next up the Veteran’s Flight team will be over the Gulf. Organized by Pensacola attorney and pilot Roy Kinsey, about a dozen vintage Stearman bi-plane pilots from all over the Southeast will be flying World War II and Korean War veterans over Pensacola Beach on Friday and Saturday as a way to pay tribute to them, and give the tens of thousands of beach spectators a glimpse at aviation history.

Next, a U.S. Coast Guard Air Sea Rescue demonstration will take place near the beach pier from an MH-65D Dolphin medevac helicopter. The SAR aircrew consists of two pilots, one flight mechanic and a rescue swimmer. Depending on the nature of distress, the rescue swimmer deploys via freefall or hoist to provide assistance.

Following that, watch solo pilot Kevin Coleman push the limits of his bright yellow Extra 300 SHP stunt plane to create a visual spectacle like no other over Pensacola Beach.Next up, pilots Ken Rieder and Adam Baker with Redline Aerobatic Team take to the skies in their signature red and black stunt planes to perform opposing stunts and inverted maneuvers and formations.
Stunt pilot Skip Stewart will then wow the crowds with high-skill passes and jaw-dropping maneuvers in his famous red, white and black-checkered bi-plane, Prometheus.
New to the show this year, Patty Wagstaff, the first woman to win the title of U.S. National Aerobatic champion and a six-time member of the U.S. Aerobatic Team, will take the sky over Pensacola Beach. Her breathtaking performances give airshow spectators a front-row seat view of the precision and complexity of hard-core aerobatics.
Closing out the civilian acts, solo pilot Gary Ward will zip overhead in his green and purple MX2 aircraft, showcasing an aerobatic act packed with breathtaking maneuvers that range from zero speed hovers to dives in excess of 250 mph.
Following the civilian stunt pilot performances, there will be about a 35-minute window for spectators to cool off and take a dip in the Gulf before lifeguards clear the water again in anticipation of the start of the Blue Angels show.
Then, at 2 p.m., look to the Gulf horizon as a famous C-130J aircraft, affectionately known as Fat Albert, followed by six signature blue and gold F-18 Super Hornets, make their way over Pensacola Beach. For the next 50 minutes, spectators will get a glimpse of the U.S. Navy Blue Angels aeronautic maneuvers like the Diamond Dirty Loop, the Double Farvel, the Vertical Pitch, the Fleur-de-Lis, the Opposing Knife-Edge pass, and the crowd-favorite Sneak Pass. These are just a few of the mind-blowing displays of choreographed precision flying the Navy’s flight demonstration team has perfected over the past 75 years.
Following the air show, when it’s time to pack up and leave, the SRIA would like to remind the public: Please Leave Only Your Footprints Behind! For the safety and enjoyment of all Pensacola Beach visitors and the preservation of the island’s flora and fauna, please take all that you came with and help keep our beach clean.
About the Santa Rosa Island Authority
Pensacola Beach is owned by Escambia County, Fla., and is under the direction of the Santa Rosa Island Authority (SRIA). The SRIA was created by the Florida legislature in 1947 under Chapter 24500. The SRIA does not receive tax support from the taxpayers of the county. It is fully funded from lease fees collected from business and residences on the beach. The Island Authority board is made up of six members, five are named by members of the Escambia County Board of Commissioners whose term is the same as the commissioner who appointed them. Registered voters on Pensacola Beach elect the sixth member. The elected member’s term is two years. 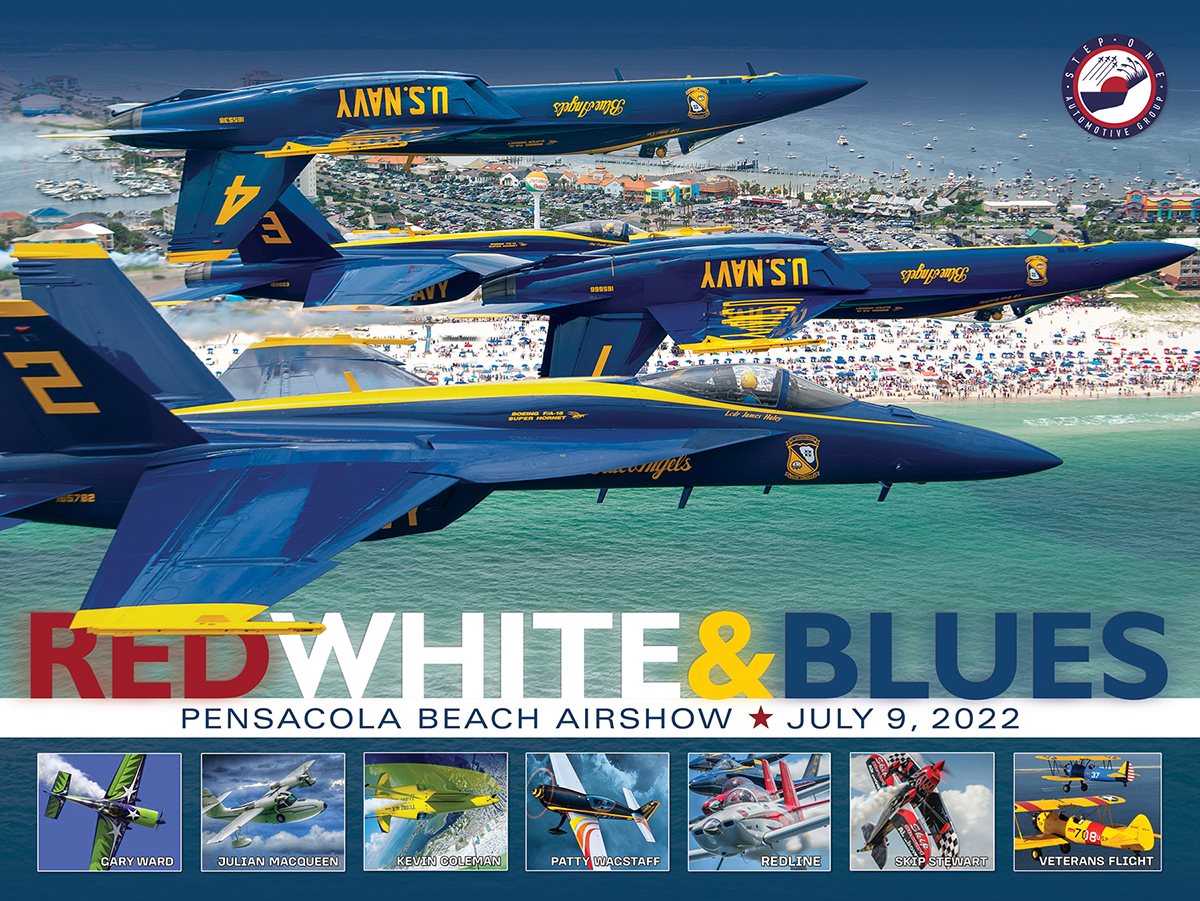 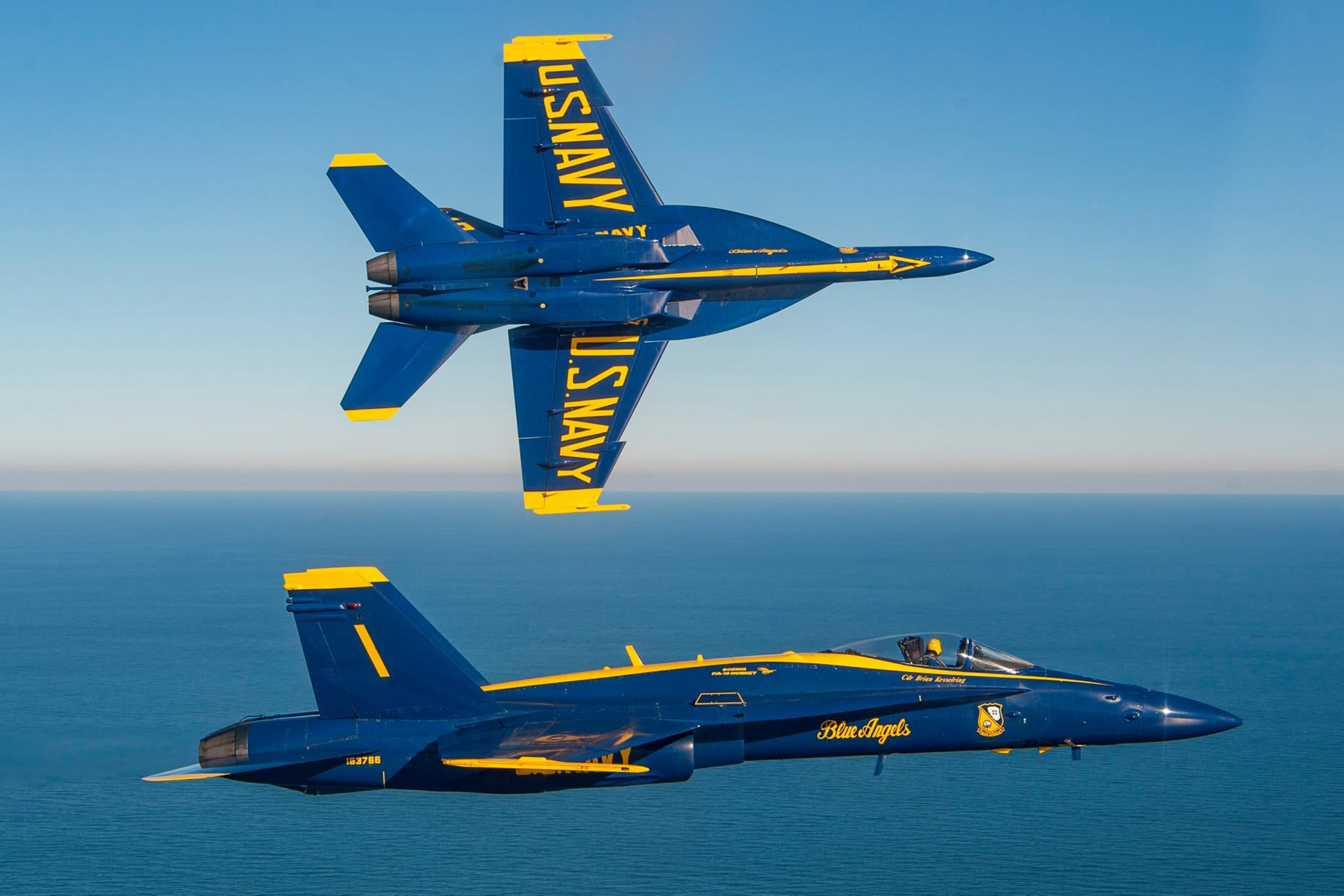 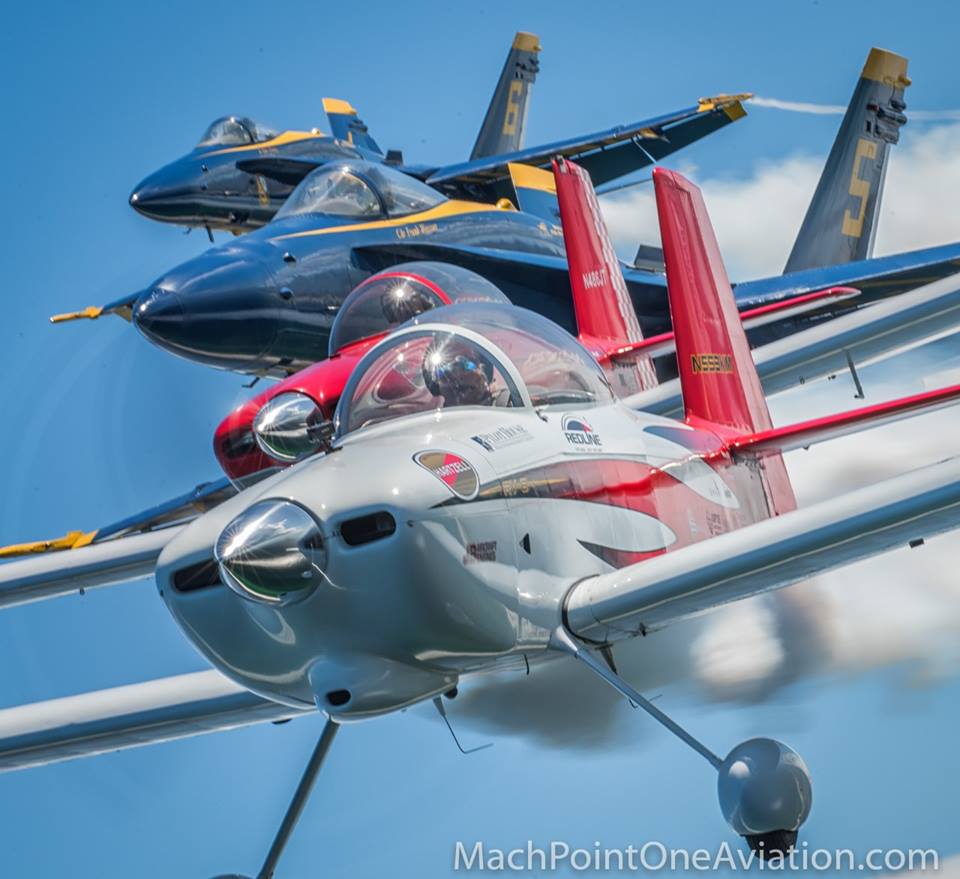 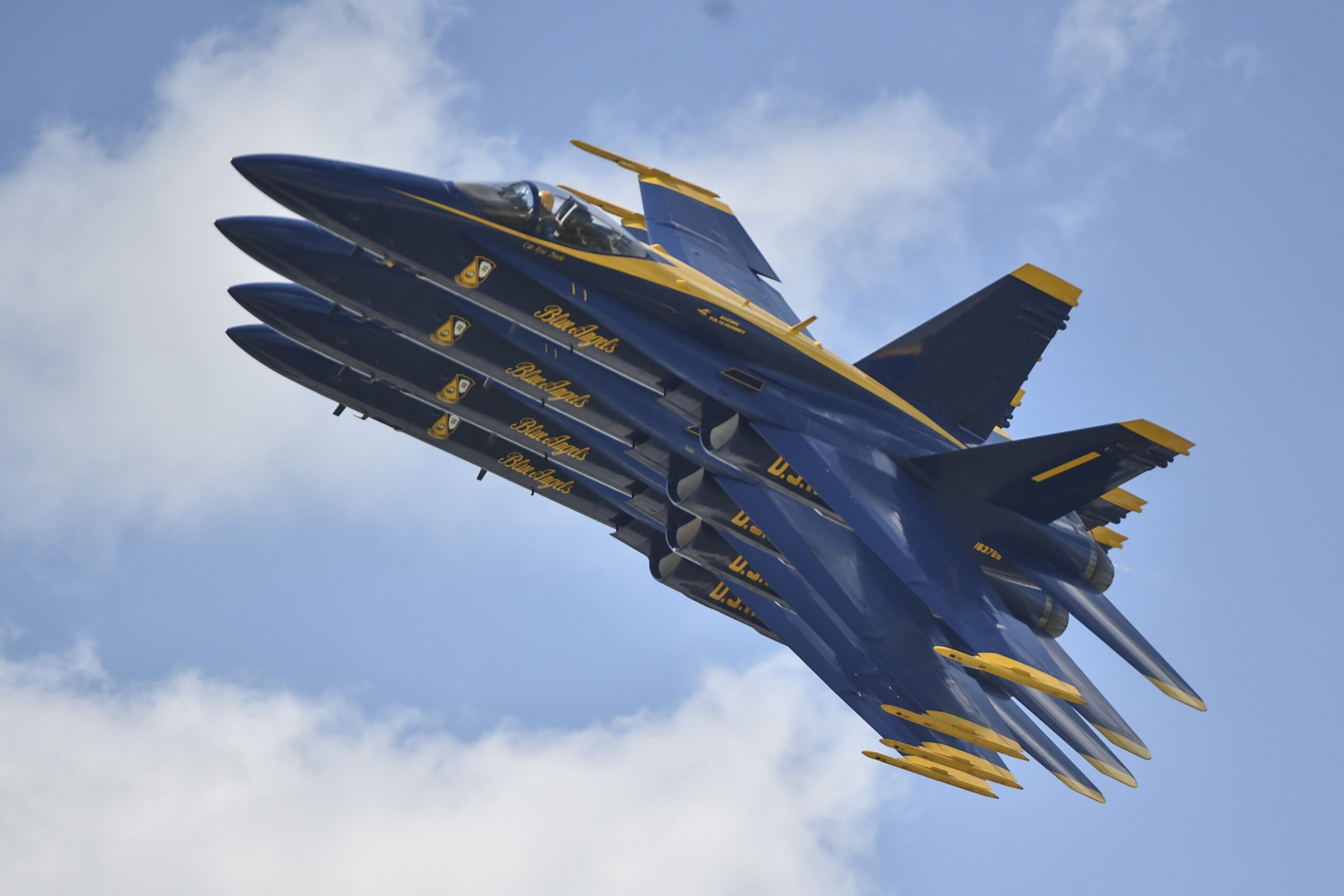