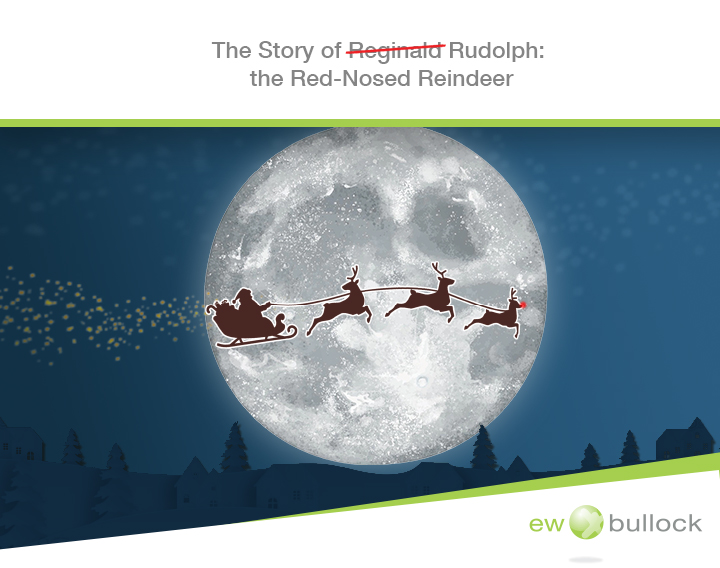 08 Dec The Backstory of Rudolph The Red Nosed Reindeer

The Story of Reginald Rudolph the Red-Nosed Reindeer

When, what to my wondering eyes should appear,
But a miniature sleigh, and eight tiny reindeer,
With a little old driver, so lively and quick,
I knew in a moment it must be St. Nick.
More rapid than eagles his coursers they came,
And he whistled, and shouted, and called them by name;
“Now, Dasher! now, Dancer! now, Prancer and Vixen!
On, Comet! on, Cupid! on, Donder and Blitzen!
To the top of the porch! to the top of the wall!
Now dash away! dash away! dash away all!”

Ever wondered why the ninth and “most famous reindeer of all” isn’t even mentioned in the classic 1823 Christmas poem, “A Visit from St. Nicholas,” by Clement Clarke Moore?

Everybody knows that Rudolph was the last reindeer to join Santa’s crew, but few people know about the department store copywriter who brought his story to the world. Rudolph, it turns out, didn’t come along for more than a century later.

An extension of the classic early 19th century Christmas tale, Rudolph’s story was written by Robert L. May in 1939 for a children’s book commissioned by the Montgomery Ward store manager as a holiday promotional gift for its customers.

May came up with a short story about a reindeer with an abnormally-large, shiny, red nose who gets teased and ridiculed by the other black-nosed reindeer. The story reflects May’s own childhood difficulties as the smallest boy in his class, where he was bullied and taunted by other children.

In May’s poem, on a particularly foggy Christmas Eve, Santa is having a hard time navigating through the darkness and realizes Rudolph’s glowing snout is the beacon he needs to be able to deliver presents to all the children on time.

To lead all my deer on the rest of our flight!”
And Rudolph broke out into such a big grin,

It almost connected his ears and his chin!

This children’s story of the underdog, red-nosed reindeer grew so popular that by 1946, more than 6 million copies had been given out, even through the wartime paper shortages. A decade later, May’s brother-in-law, Johnny Marks, penned a tune to go along with May’s poem.

The song, “Rudolph the Red-Nosed Reindeer,” was picked up by none other than the singing cowboy, Gene Autry. Initially, Autry didn’t want anything to do with the song, but his wife convinced him to record it. It went on to become the second biggest-selling Christmas song of all time, next to Bing Crosby’s “White Christmas,” selling more than 25 million copies. Crosby also recorded “Rudolph” and landed at #14 on the pop chart in 1950.

The famous song paved the way for the classic 1964 Rankin/Bass stop-animation children’s TV special, also called “Rudolph the Red-Nosed Reindeer,” narrated by Burl Ives. Ives sings the classic tune along with other songs written by Johnny Marks, including “Holly Jolly Christmas” and “Silver and Gold.” The animated holiday special became an instant Christmas classic, watched every season in a tradition passed down through generations.

Today, Rudolph remains a shining example of a character whose quirk or deformity turns out to be a superpower. First seen as a misfit, Rudolph becomes a hero. Now, more than 80 Christmases after he was first introduced, Robert May’s original story of Rudolph still inspires people who don’t feel like they fit in.

Believe it or not, May was actually considering naming his reindeer Reginald. Can you even imagine yourself singing, “Reginald, the Red-Nosed Reindeer” every holiday season?

Wishing you a very merry holiday season full of joy and happiness!

Your friends at EW Bullock 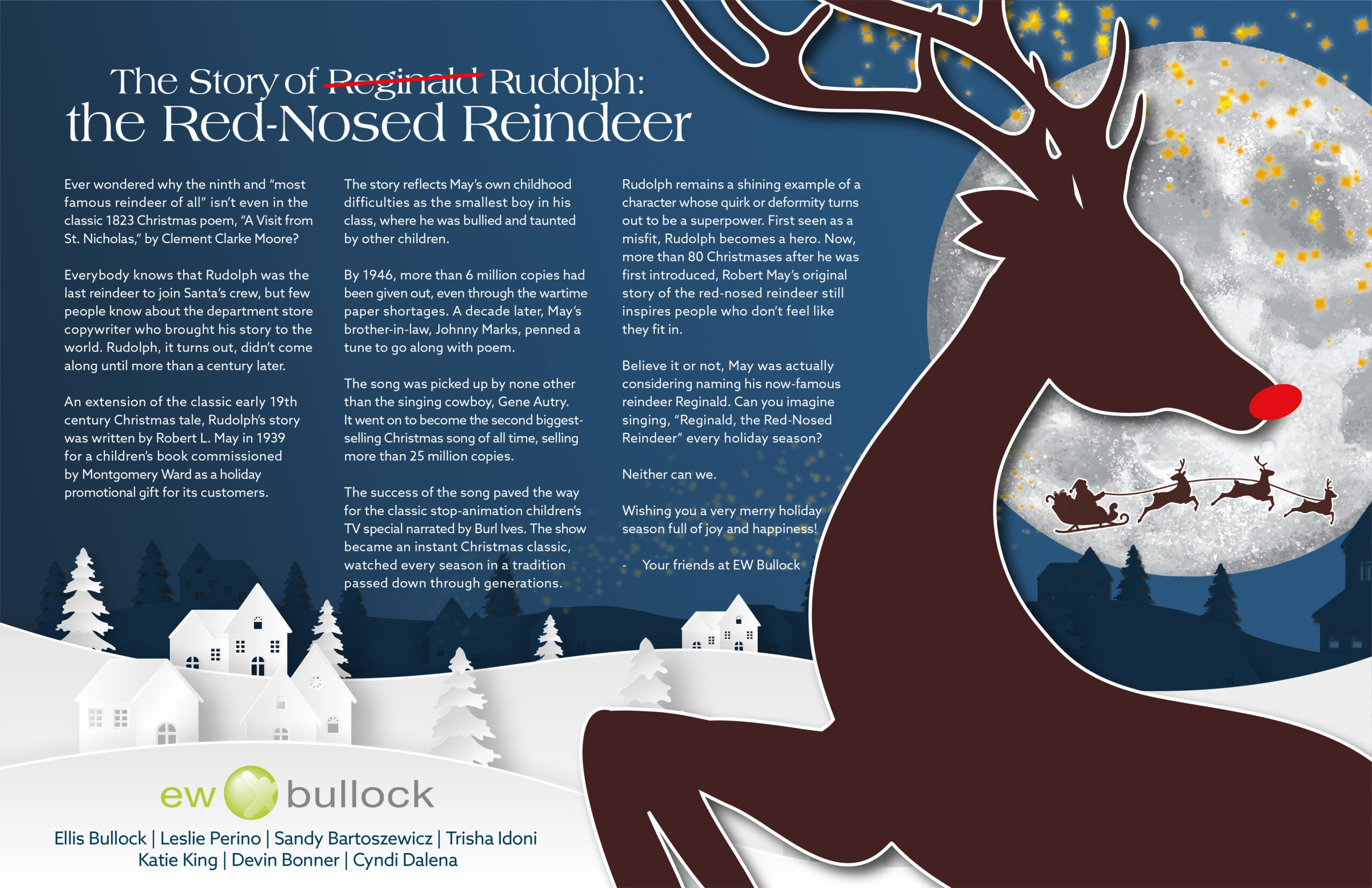 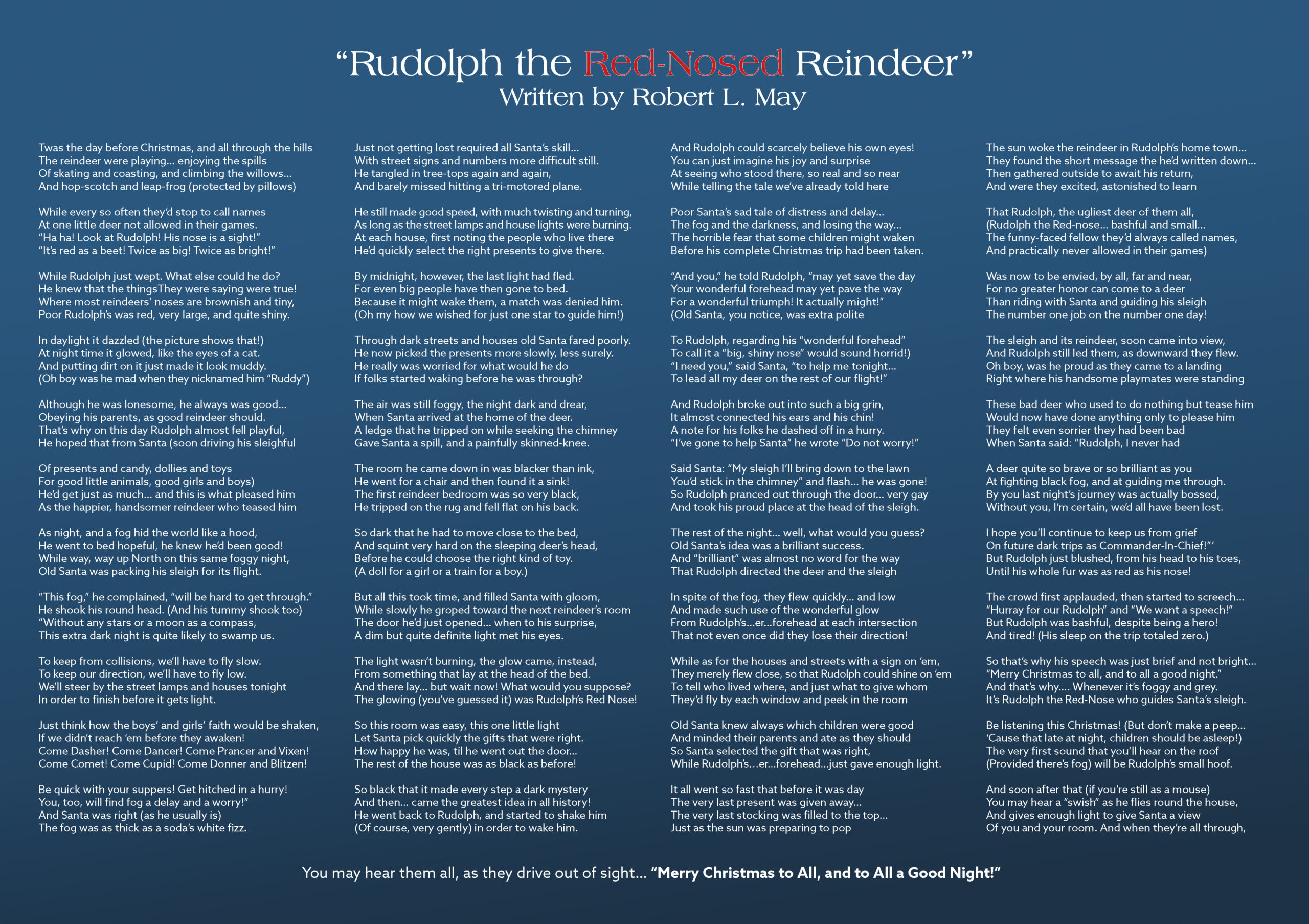 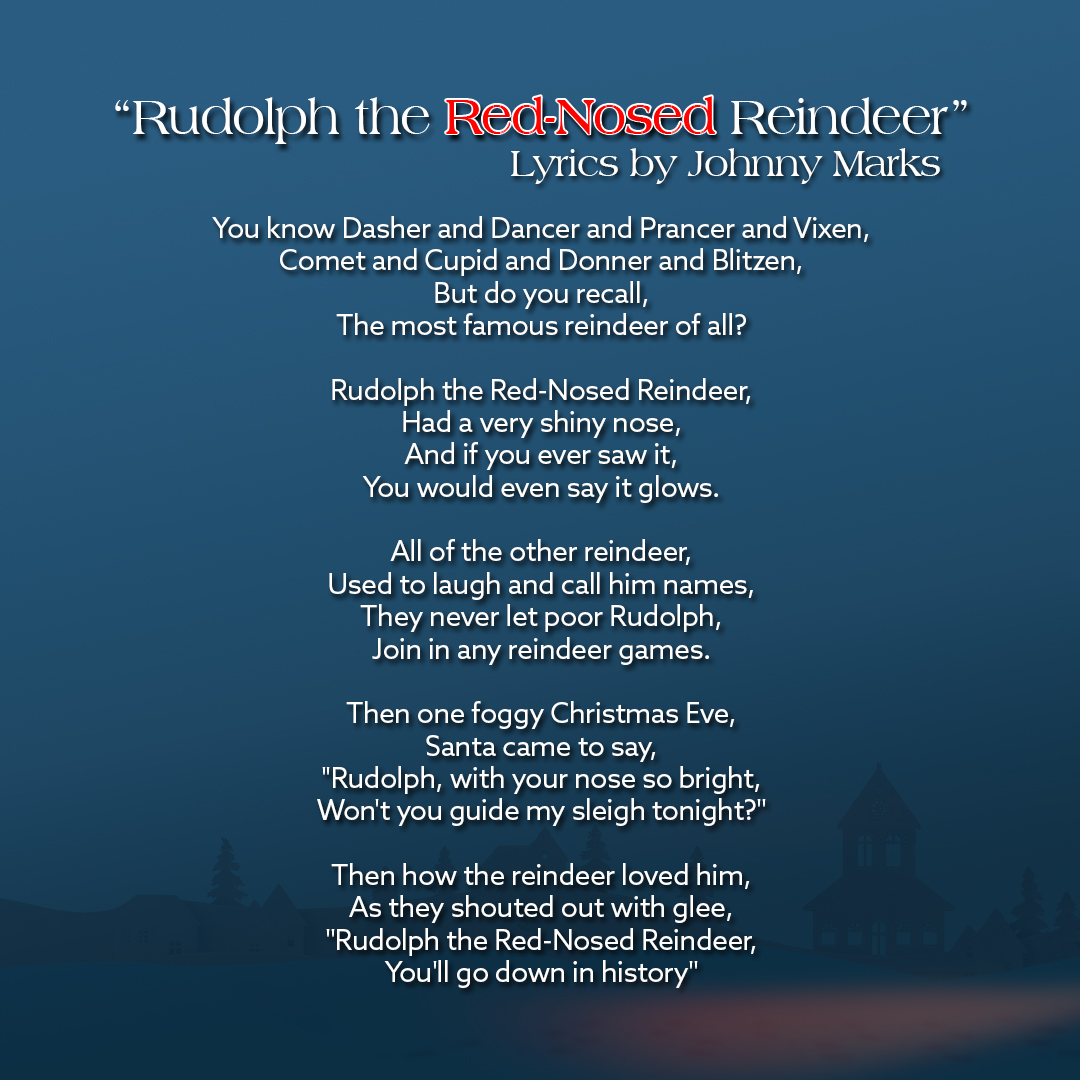