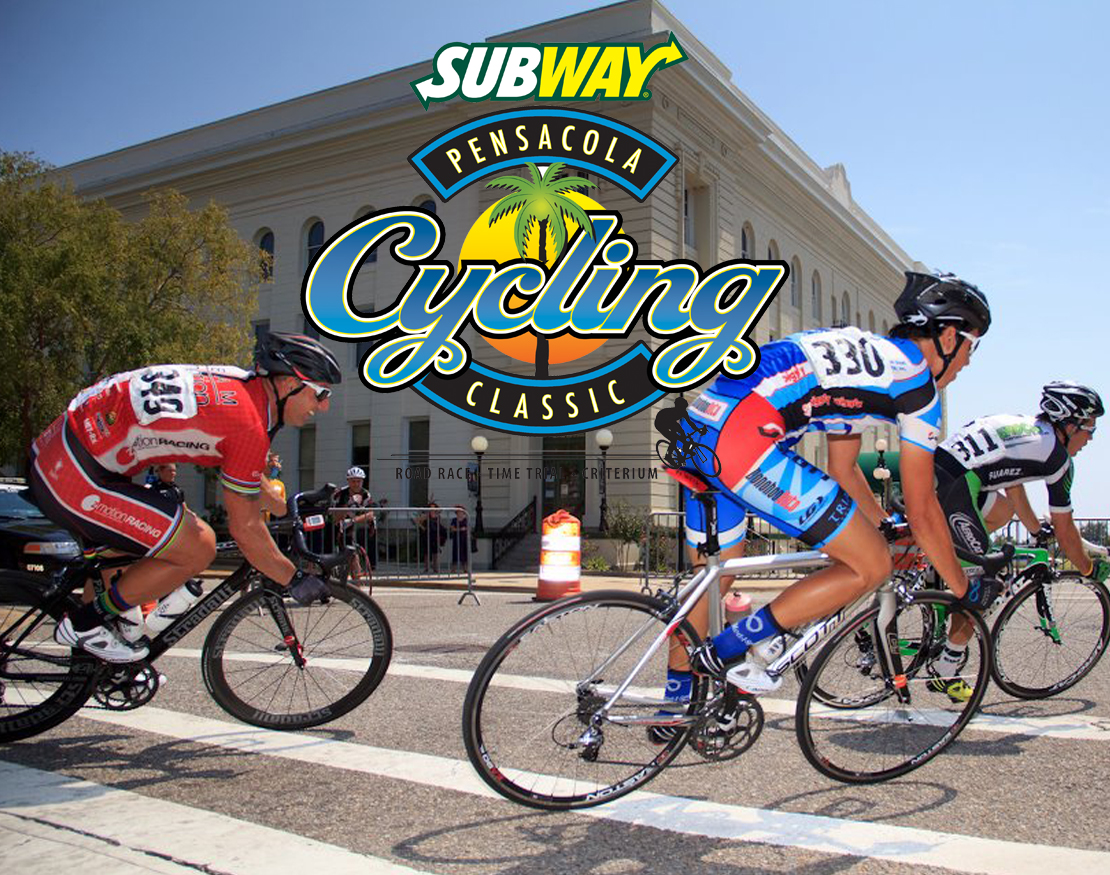 Posted at 18:45h in News by Admin 0 Comments
Share

Regional pros, top amateur cyclists and hand-cyclists will race Saturday, Sept. 10, and Sunday, Sept. 11, in a three-stage event for more than $16,000 in prize money. Registration for this event will begin on Friday, July 1, at www.usacycling.org.

“The future of professional cycling in Pensacola has never been better,” said Tim Fox, race director. “We welcome the nation’s top cyclists to come down and join the competition in Pensacola along the world’s whitest beaches.”

The three stages include a 3-mile Time Trial on Pensacola Beach on Saturday morning, followed by a Road Race in the Blackwater River State Forest north of Milton, Fla., in the afternoon. On Sunday morning, the Criterium will take place in downtown Pensacola starting at 8 a.m.

The Sunday Criterium — an exciting spectator favorite best described as “NASCAR on bikes” — includes multiple laps on a confined route in downtown Pensacola about one mile in length. Prize money is available for top finishers in each stage and the overall winners who have the fastest combined times.

There are many categories competing, including the top levels of Pro/1/2’s; the “beginner” Category 5; Juniors; Women; Category 3/4; Masters 35+ and Masters 50+/60+. In addition, hand-cyclists from around the world, including over 40 members of the Paralyzed Veterans of America Racing Team, will also be competing.

The Paralyzed Veterans of America is the designated charity for this year’s event. In 2015, due to our largest field of cyclists competing and generous support of our sponsors, the SUBWAY® Pensacola Cycling Classic was able to give $2,000 to the PVA organization.

“We are incredibly honored and inspired to have so many paralyzed veterans competing in this competition. The Subway Pensacola Cycling Classic gladly supports the PVA cause,” furthered Fox.

A free Kids Fun Race (10 and under) will also take place at the Criterium Sunday morning in downtown Pensacola. Each child participating will receive a raffle ticket for the chance to win a new bike. Deadline to sign up for the Kids Fun Race is by 9 a.m. at Government and Jefferson streets intersection. Bike and helmet are required to participate. The distance will be one lap, or approximately .75-mile. Gold, Silver and Bronze medals will be awarded to the top three finishers.

Admission for spectators is free.