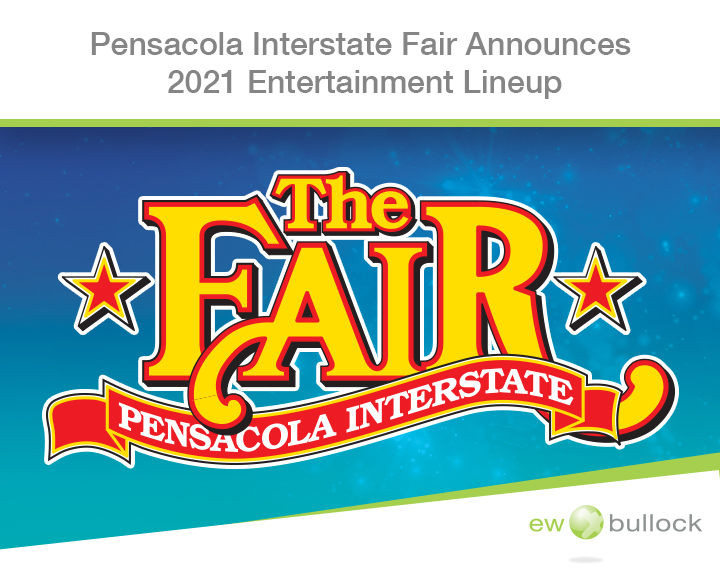 Pensacola, Fla. – (September 7, 2021) – Returning for its 87th season Thursday, Oct. 21 through Sunday, Oct. 31, Pensacola’s biggest and longest-running annual agricultural and entertainment tradition returns, bringing with it the excitement of attractions and screams from exhilarating rides, exhibits, fair food, fun and shows for the whole family.
This year’s Pensacola Interstate Fair entertainment lineup includes:
THURSDAY, OCT. 21 at 7 p.m. – Returning this year, the Fair’s musical line up kicks off opening night with the “Cat Country 98.7 BIG Lip Sync Battle Finals,” an epic showdown starting at 7 p.m. Leading up to the finals, Cat Country will host a lip sync battle at various locations around Pensacola where three winning contestants will be chosen each night. A total of 12 acts will battle it out on stage to become the 2021 Lip Sync champion on the opening night at the fairgrounds on the Pepsi Open-Air stage.
FRIDAY, OCT. 22 at 7:30 p.m. – The following night, Eliminator KC band takes the stage to perform ZZ Top’s top chart hits like “Gimme All Your Lovin’,” “La Grange,” “Legs,” “Tush,” and “Sharp Dressed Man.” For more than two decades, Eliminator KC has toured from coast to coast, performing phenomenal renditions of those trademark ZZ Top guitar licks and blues-rooted vocals, as the nation’s longest-running national touring ZZ Top tribute band.

SATURDAY, OCT. 23 at 7:30 p.m. – The Pensacola Interstate Fair is proud to welcome back Pensacola’s favorite local band White Tie Rock Ensemble, this year with a tribute to The Eagles. The local group of musicians recreates classic rock albums with a classical approach: a full rock band, along with the Tied Up String Quartet, and an added dimension of a multimedia presentation. Prepare to sing along to classic hits like, “Hotel California,” “One of These Nights,” “Take It Easy,” “Life in the Fast Lane,” and “Peaceful Easy Feeling.” 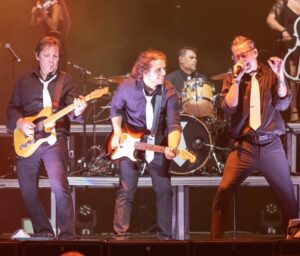 MONDAY, OCT. 25 at 7:30 p.m. – Up-and-coming blues and soul singer Jordan Chase, a native of Pensacola and New Orleans, will take the Pepsi Open-Air stage at 7:30 p.m. performing with his sultry, sexy, sandpapery voice. In 2019 Chase was a contestant on NBC’s hit reality show “The Voice,” landing a spot on Blake Shelton’s team. 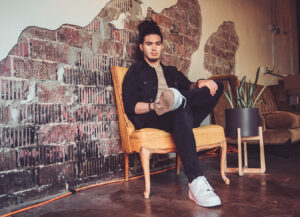 In addition to the music act, festival goers can also attend the 4-H Youth and FFA Steer Show at 7 p.m. nearby in the Livestock Arena. The steer show gives pre-teens and teens the chance to showcase the steers they have raised for the past six months.
WEDNESDAY, OCT. 27 at 7 p.m. – The public is invited to attend and bid on a steer in the 4-H Youth and FFA Livestock Auction. from the Livestock Arena. Around 30 steers will be auctioned off this year. So don’t miss out! 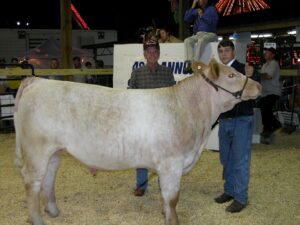 THURSDAY, OCT. 28 at 3:30 and 7 p.m. – Go back in time to one of the greatest bands in pop history with Night Fever – An Evening of the Bee Gees as part of our special Senior Appreciation Day. From the early years to the disco era, you’ll hear all the hits from “Stayin’ Alive,” “To Love Somebody,” “How Can you Mend a Broken Heart,” “More Than a Woman,” “Jive Talking,” “How Deep is Your Love,” and “You Should be Dancing.” Night Fever features the vocals and look of the Bee Gees with John Acosta as Barry Gibb, Joe Varga as Robin Gibb and Carm Castiglione as Maurice Gibb. 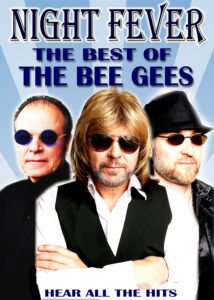 FRIDAY, OCT. 29 at 7:30 p.m. The Pensacola Interstate Fair welcomes Resurrection – A Tribute to Journey. Expect to hear their biggest hits like “Open Arms,” “Wheel in the Sky,” “Faithfully,” and “Don’t Stop Believin’.” Resurrection faithfully recreates the experience of a 1980s Journey concert. Every show is a brilliant reproduction of the sights and sounds that captivate and transport audiences to the glorious age of arena rock, including the iconic red grand piano used by Journey in the 1980s. Lead singer, Ryan Christopher, delivers the vocal precision, appearance, and stage presence of the legendary Steve Perry. 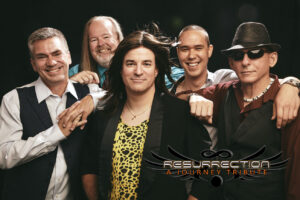 SATURDAY, OCT. 30 at 7:30 p.m. – With eight Top 5 singles, six No. 1s, and 1 billion career on-demand streams under his belt, American country music artist, singer and songwriter Rodney Atkins headlines the Pensacola Interstate Fair’s entertainment acts this year. Atkins continues to be recognized as a powerful voice on country radio. Fans can expect him to play new music in the works, plus his greatest hits like his Platinum-selling No. 1 “Watching You.” Other hits include “It’s America,” “Farmer’s Daughter,” and “If You’re Going Through Hell (Before the Devil Even Knows).” His latest gold-certificate single, “Caught Up in the Country,” is bound to be on the night’s set list, too. 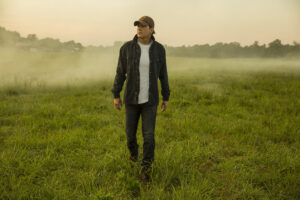 New this year, the Fair invites you to Sit, Stay and Get Ready for Puppy Pals – a “howling good time,” action-packed, comedy stunt dog show where adopted and rescued dogs perform spectacular stunts and breathtaking feats for the audience. DAILY showtimes are Monday – Friday at 6 and 8 p.m.; Saturday and Sundays at 1, 4 and 8 p.m. 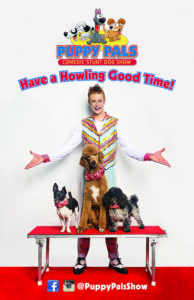 Back by popular demand to the Fair this year are the adorable sea lions of the hit show, “Sea Lion Splash.” The dynamic duo will perform two-to-three daily shows, depending on the day. Sea Lion Splash DAILY showtimes are Monday-Friday at 5 and 7 p.m. Saturday and Sundays at 2, 5 and 7 p.m. 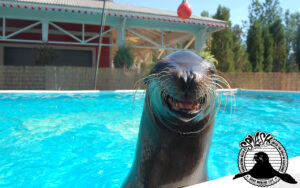 Also returning for the fans is Cirque Ma’Ceo, a dynamic, highly-talented acrobatic variety show that is sure to keep the entire family on the edge of their seats. With an international cast of artists, Cirque Ma’Ceo has been thrilling crowds all over North America for over 10 years and continues to innovate and excite! From our high flying aerialists, dangerous crossbow, and world champion Polynesian fire dancer, don’t miss out the chance to share the Magic of Ma’Ceo with your patrons. DAILY showtimes are Monday – Friday at 5 and 7 p.m.; Saturdays and Sundays at 1:30, 4:30 and 6:30 p.m. 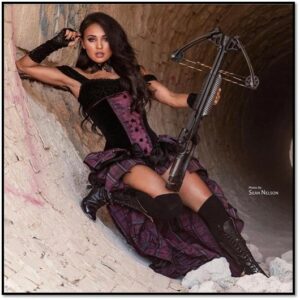 From October 26-31, see if you can catch Dennis Lee the Roaming Rodeo Clown strolling around the midway. You may spot him doing a comedy act, or playing a mime, or a statue, or even pranking fairgoers as they make their way around the fairgrounds. 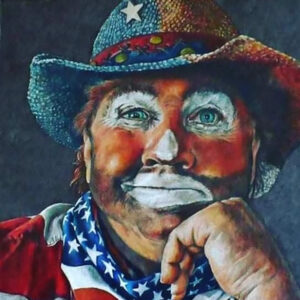 Check the PensacolaFair.com website for daily show times and possible weather changes.
All musical performances are located on the Pepsi Open Air Stage. Entertainment shows at the Pensacola Interstate Fair are free with the price of admission.
For complete information, call (850) 944-4500 or visit PensacolaFair.com. You can also join us on Facebook at facebook.com/PensacolaInterstateFair.