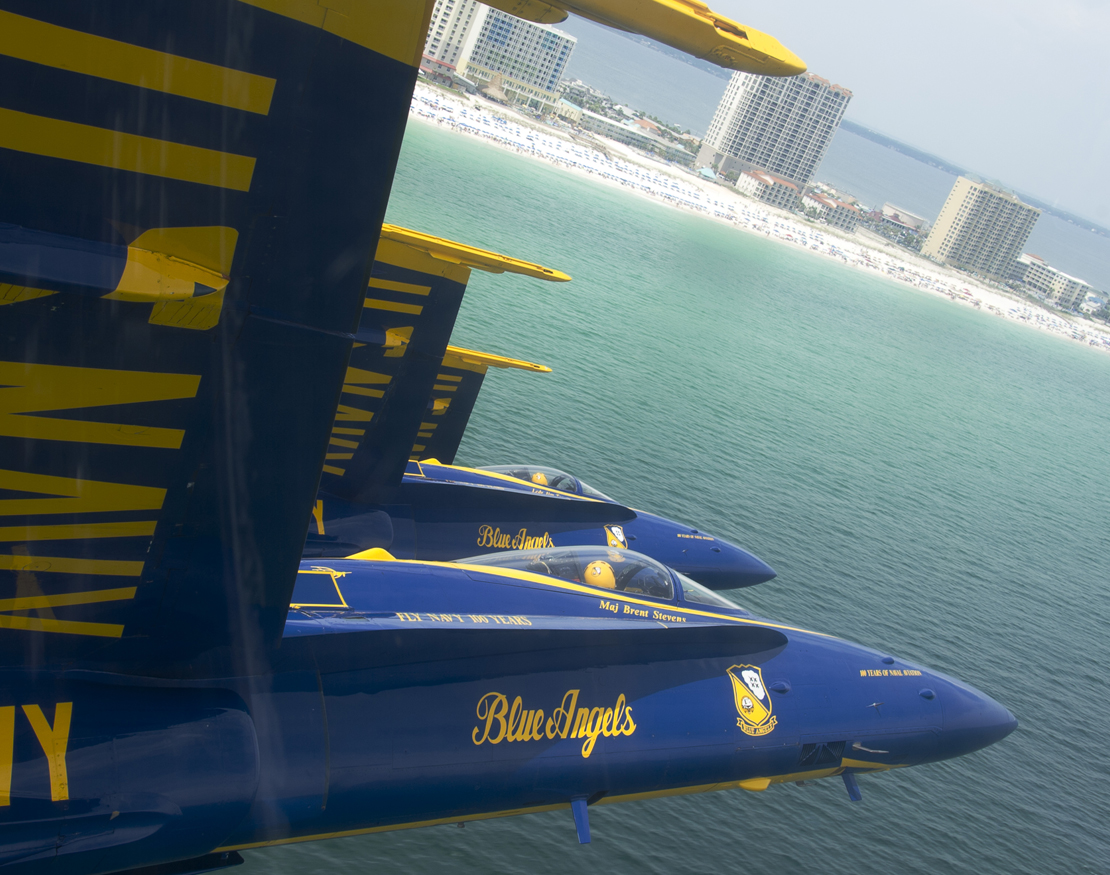 Posted at 18:36h in News by Admin 0 Comments
Share

The Blue Angels — or “Blues,” as locals call their hometown heroes — are known across the country for their high-flying aerial maneuvers and laser-point precision. Started in 1946, the team celebrated its 70th anniversary this year — a long legacy in a city whose reputation as a tourist destination is rivaled only by its military heritage.

Indeed, Pensacola is known as the “Cradle of Naval Aviation.” Naval Air Station Pensacola — located just west of the city’s colonial-era downtown — has trained generations of airmen and is the home base for the Blue Angels. In a city with such deep military roots, few things arouse more pride than the sight of the Blues soaring high above the Gulf of Mexico.

That pride will be on full display in days leading up to this year’s air show, to be held

July 16 on Santa Rosa Island, just 15 minutes from downtown and a half-hour from the Navy base.

Wednesday, July 13 — Breakfast with the Blues   Visitors will have multiple opportunities to catch a glimpse of the famous flight team leading up to the show. The first of these will be on July 13, when thousands will flock to the beach to enjoy breakfast while waiting for the Blues to pass overhead at 8 a.m.

Thursday and Friday, July 14-15 — Blue Angels Practice Shows    Visitors will get another chance to witness the Blues’ exhilarating, high-speed stunts during two practice runs scheduled for 2 p.m. on July 14 and 15. Dress rehearsal for the airshow’s civilian acts will start at noon on July 15.

The 2016 air show line-up includes the Redline Sports Team flying RV-8 speed demons; Gary Ward flying the MX2, an unlimited aerobatic aircraft that spins and rotates at high speeds; Kevin Coleman flying a one of a kind Extra 300SHP; and Skip Stewart flying Prometheus, a biplane that roars and races.

And as always, Fat Albert, a C-130 Hercules that flies support for the Blue Angels, will kick off the official Blue Angels performance at 2 p.m.