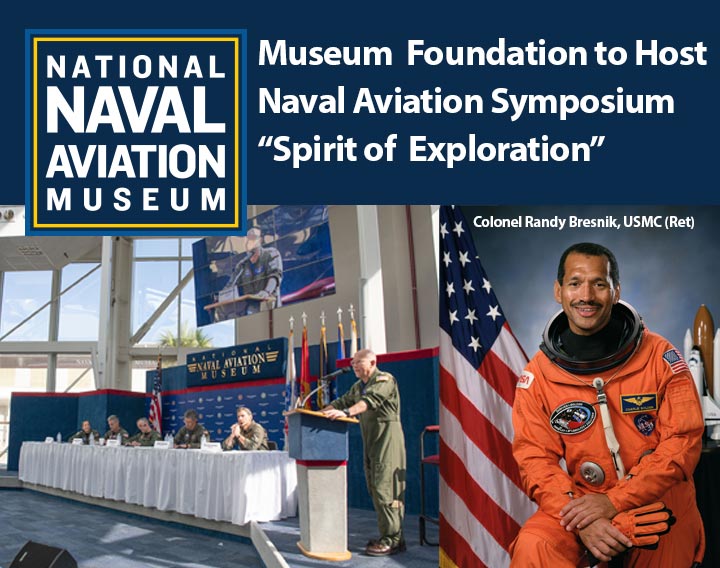 Posted at 11:21h in News by Admin 0 Comments
Share

The theme for the Symposium 2019 is “Spirit of Exploration.” Starting at 1:00 p.m. Thursday, attendees can hear about the future of the space program from current astronauts. Speakers include Colonel Randy Bresnik, USMC (Ret), Commander Reid Wisemen, USN and Major Jasmin Moghbeli, USMC.

This year, the Foundation’s distinguished guest speaker for Thursday night’s reception is former astronaut and NASA administrator, Maj. Gen. Charles F. Bolden, Jr., USMC (Ret). Bolden was born on Aug.19, 1946, in Columbia, South Carolina. He graduated from C.A. Johnson High School in 1964. Bolden received his B.S. degree in electrical science from the U.S. Naval Academy in 1968, and earned his M.S. degree in systems management from the University of Southern California in 1977. He received a commission as a second lieutenant in the U.S. Marine Corps following graduation from the Naval Academy and underwent flight training at Pensacola, Florida, Meridian, Mississippi, and Kingsville, Texas.

Bolden was the first person to ride the Launch Complex 39 slidewire baskets which enable rapid escape from a Space Shuttle on the launch pad. The need for a human test was determined following a launch abort on STS-41-D where controllers were afraid to order the crew to use the untested escape system. A few years before his appointment by President Barack Obama to be the administrator of NASA, Bolden auditioned, along with professional actors, for the role of virtual host for NASA’s “Shuttle Launch Experience” educational attraction at the Kennedy Space Center Visitor Complex in Merritt Island, Florida.

The Symposium will culminate Friday morning at 10 a.m. in the Atrium as Vice Adm. DeWolfe Millier III, Commander of U.S. Naval Air Forces, moderates a distinguished panel of flag and general officers in a discussion about the current challenges facing naval aviation and its future initiatives.

The Symposium sessions are FREE and open to the public, but panel reservations are required. Thursday evening reception reservations are $75 per person. Tickets can be purchased by calling the Foundation Office at 850-453-2389 or online at https://www.navalaviationmuseum.org/event/naval-aviation-symposium-2019/.

Begun in 1987, the Symposium series aims to preserve the rich history and proud heritage of Naval Aviation by highlighting historical events in which U.S. Naval Aviation has played a major role. Each May, the Foundation’s annual symposia attracts an average of 3,000 attendees, among who are active and retired military, defense industry representatives and the general public, as well as extensive coverage by the media.

For a full schedule of events, visit https://www.navalaviationmuseum.org/event/naval-aviation-symposium-2019/. For more information or to reserve your seat, call the Naval Aviation Museum Foundation at (800) 327-5002 or (850) 453-2389, or register online here.

MEDIA NOTE: If you wish to attend the Symposium, please contact Malerie Shelton at 850-308-8937 or email, mshelton@navalaviationmuseum.org to coordinate media escort onboard NASP.