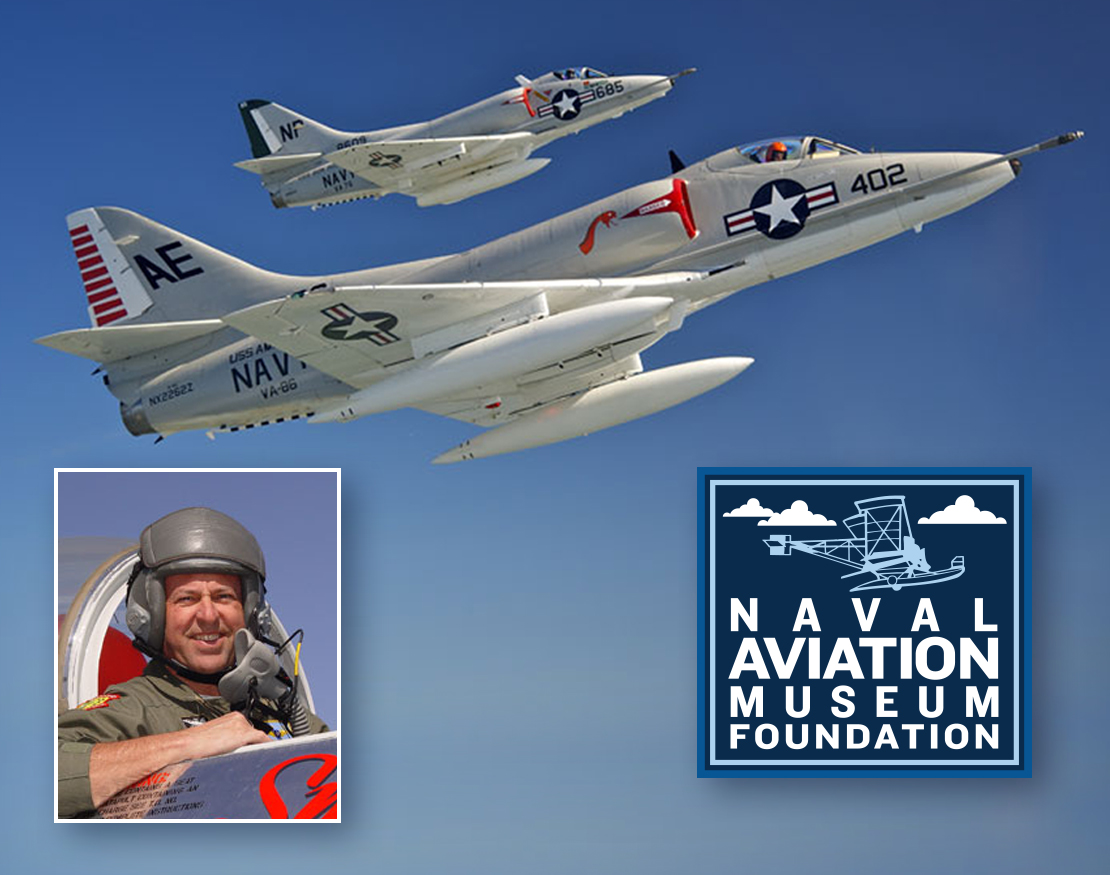 Posted at 15:37h in News by Admin 0 Comments
Share

November 9, 2016 –Pensacola, Fl—The Naval Aviation Museum Foundation (NAMF) is proud to announce that Board of Trustees member Paul Wood will be flying in this weekend’s Blue Angels Homecoming Air Show aboard Pensacola Naval Air Station. Wood is a regular on the vintage warbird airshow circuit.

Wood will dazzle the crowds in his A-4 Skyhawk – a lightweight, single-engine attack aircraft developed in the early 1950s for the U.S. Marine Corps. The Skyhawk was originally designated the A-4D as a lightweight, daylight-only nuclear capable strike aircraft for use in large numbers for aircraft carriers.“Paul Wood is a very accomplished pilot and founder of the Warbird Heritage Foundation,” said Gen. Duane Thiessen, chief executive officer and president of the Naval Aviation Museum Foundation. “The A-4 was a major player in the history of Naval Aviation and we are very proud to have Paul here flying it in the show.”

Wood’s interest in aviation began as a young child and has continued to this day. He holds airline transport pilot and certified flight instructor certificates with over 5,000 hours of flight time, including over 1,000 hours in military type jets.Wood has been a member of the U.S. Navy Legacy Flight program for several years. He also holds a Level 2 (250 ft.) Aerobatic Competency Certificate.

Wood founded The Warbird Heritage Foundation in December of 2003. Besides flying the Foundation Warbirds, Wood has his own Cessna Citation CJ1 and Aviat A1-B Husky. In addition, he also does formation flying with “The Hoppers,” a four-ship flight demonstration team that fly L-39 jet aircraft.

Wood is a co-founder and managing director at a leading private equity investment firm. He and his family live in Lake Forest, Illinois.On Friday and Saturday during the Homecoming Air Show, look to the skies at 9:30 am when the shows start.