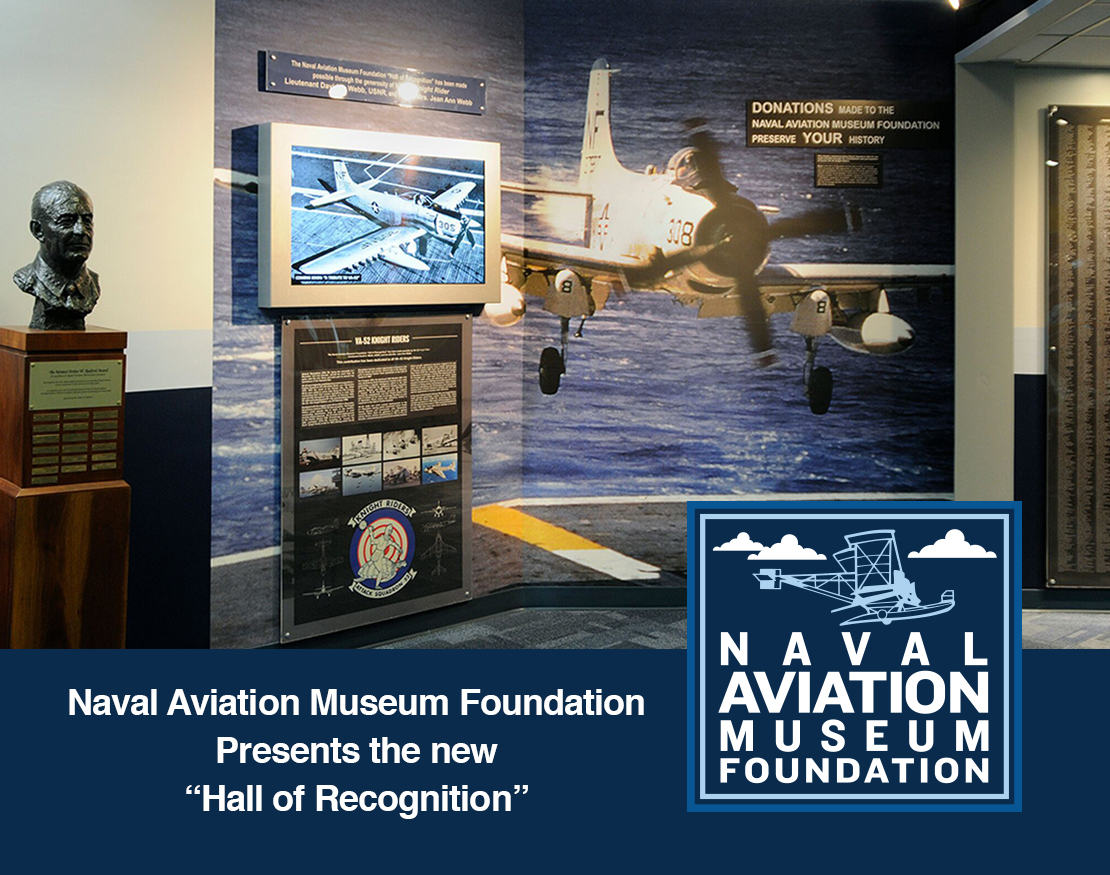 Posted at 16:20h in News by Admin 0 Comments
Share

Members of the Foundation’s Board of Trustees, the NNAM Director and staff, and local dignitaries are expected to attend the ceremony.

The “Hall of Recognition” is dedicated to the thousands of individuals and organizations who have made the NNAM a reality. Renovations to the hall include the installation of a new six-screen digital donor recognition wall, a large-format touch screen donor kiosk, and a special tribute to Navy Attack Squadron (VA)-52, the Knight Riders. Funding for the renovations were made possible by the estate of the late U.S. Navy Lt. David A. Webb, a former Knight Rider, and his wife, Jean Ann, who contributed nearly $1 million to the Foundation through the “Wings of Gold Society” planned giving program.

As part of the recent renovation, the Foundation has developed a tribute to the Knight Riders, including a wall mural of the attack squadron’s first aircraft, the A-1 Skyraider, and video interviews with former Knight Riders.The Naval Aviation Museum Foundation will recognize the David and Jean Ann Webb estate, represented by family members Jonathan and Janice Korda, as well as a number of former (VA)-52 Knight Riders, for their historic contribution to the museum during Friday morning’s ceremony.