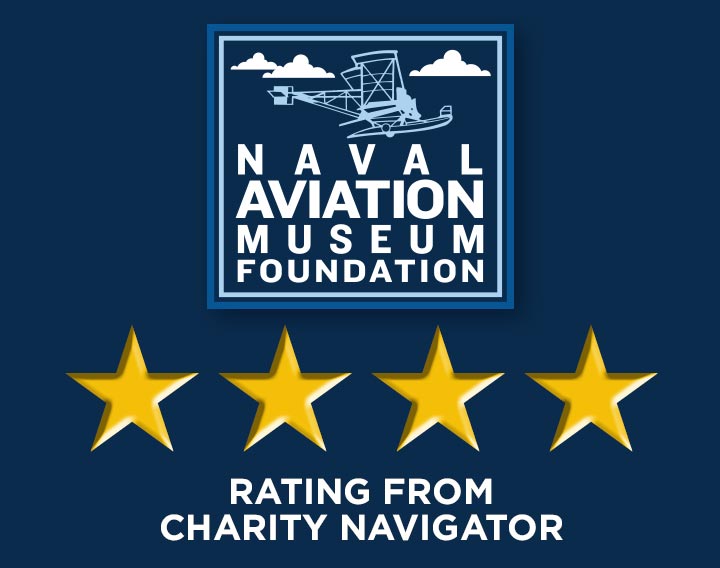 Posted at 10:35h in News by Admin 0 Comments
Share

April 18, 2017 –Pensacola, Fl—The Naval Aviation Museum Foundation (the Foundation) is proud to announce it has been awarded the highest rating by Charity Navigator, America’s premier independent charitable organization evaluator. The Foundation, a non-profit organization, has been given a four-star rating for demonstrating strong financial health and a commitment to accountability and transparency.

The Foundation supports the development of the National Naval Aviation Museum. Since 1966, the Foundation has raised tens of millions of dollars for construction of the museum, the recovery and restoration of aircraft, and development of museum exhibits. The Foundation also operates several museum-based educational programs, designed to inspire children to pursue excellence in science, technology, engineering and mathematics (STEM).

“Receiving a four-star rating from Charity Navigator is an honor,” said Lt. Gen. Duane D. Thiessen, president and CEO of the Naval Aviation Museum Foundation. “It demonstrates that our Foundation is using funding wisely to preserve the history of Naval Aviation and promote STEM education.”

“This award puts us in a select group of charities and recognized our trustworthiness to our supporters,” he added.