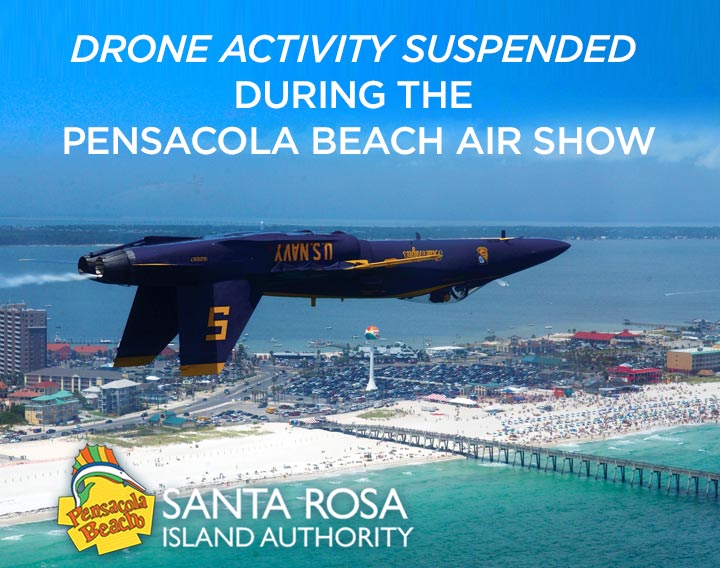 Posted at 14:09h in News by Admin 0 Comments
Share

June 28, 2018 –Pensacola Beach, Fl—For the safety of all spectators and air show participants, the Santa Rosa Island Authority (SRIA) is requiring the public suspend all flights of unmanned aircraft, or drones, during the air show hours of the Pensacola Beach Air Show week, July 11-14.

Due to the safety risk involved, if a drone is sighted within the restricted air zone, during show hours, the air show may be stopped.

The SRIA is requesting the media’s assistance in helping to spread awareness that drone activity is not allowed during the air show.

About the Santa Rosa Island Authority
Pensacola Beach is owned by Escambia County, Fla., and is under the direction of the Santa Rosa Island Authority (SRIA). The SRIA was created by the Florida legislature in 1947 under Chapter 24500. The SRIA does not receive tax support from the taxpayers of the county. It is fully funded from lease fees collected from business and residences on the beach. The Island Authority board is made up of six members, five are named by members of the Escambia County Board of Commissioners whose term is the same as the commissioner who appointed them. Registered voters on Pensacola Beach elect the sixth member. The elected member’s term is two years