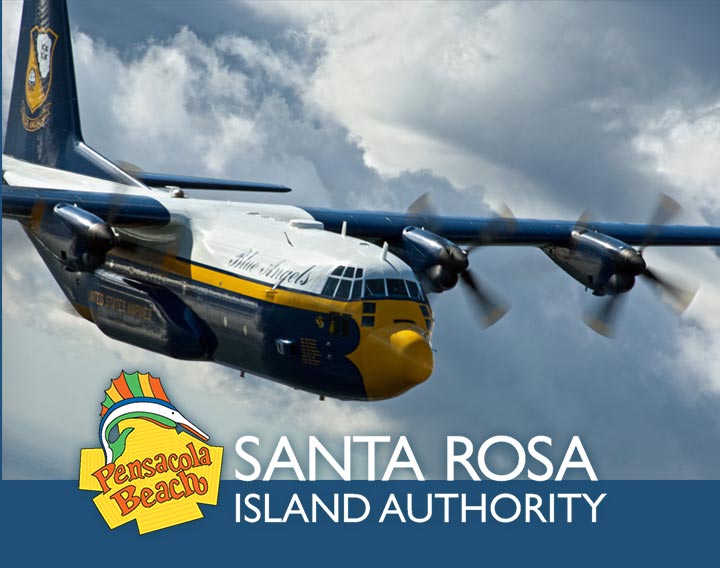 Posted at 10:34h in News by Admin 0 Comments
Share

June 1, 2017 –Pensacola Beach, Fl—Media rides on Fat Albert, the famous C-130 Hercules aircraft that serves as the transport for the US Navy Blue Angels, are available during the Pensacola Beach Air Show practice on Friday, July 7, 2017 at 1:00 p.m. from Pensacola Naval Air Station. This 10-minute-long demonstration flight is a great opportunity for media to interview the pilots and crew of Fat Albert as well as have a chance to fly in the famous aircraft.

Media riders should expect to experience both negative and positive G-forces and should understand that the flight is during an actual demonstration practice, so there will be no opportunity to stop the flight until the practice is complete.

Recording devices are welcomed and strongly encouraged. GoPro camera mounts inside of Fat Albert are available for use, if requested in advance.

A pre-flight brief is conducted by the Blue Angels C-130 team, and the media is strongly encouraged to record the brief as it explains the dynamic tactical maneuvers the riders will experience. Short interviews with the crew, including pilots, will be permitted after the flight is complete.

There are only 10 seats available to credentialed media only. Media representatives must not have flown on Fat Albert before. Contact Katie King at katie@ewbullock.com to apply to obtain a seat. Deadline to apply is Monday, June 19. Seats will be given upon approval by the Blue Angels. Each member of the media flying on Fat Albert MUST complete a medical form questionnaire that will be provided once a final media rider list is complete.

Background:The world-famous Blue Angels will perform four times on Pensacola Beach from July 5-8. Circle and arrival maneuvers begin at 8 a.m. on Wednesday, July 5. An air show practice will take place at 2 p.m. on Thursday, July 6. A full dress rehearsal will begin at 2 p.m. on Friday, July 7, following civilian acts and other military aircraft. The official Pensacola Beach Air Show begins around noon on Saturday, July 8, with civilian and military aircraft. The Blue Angels take to the skies at 2 p.m., weather permitting.