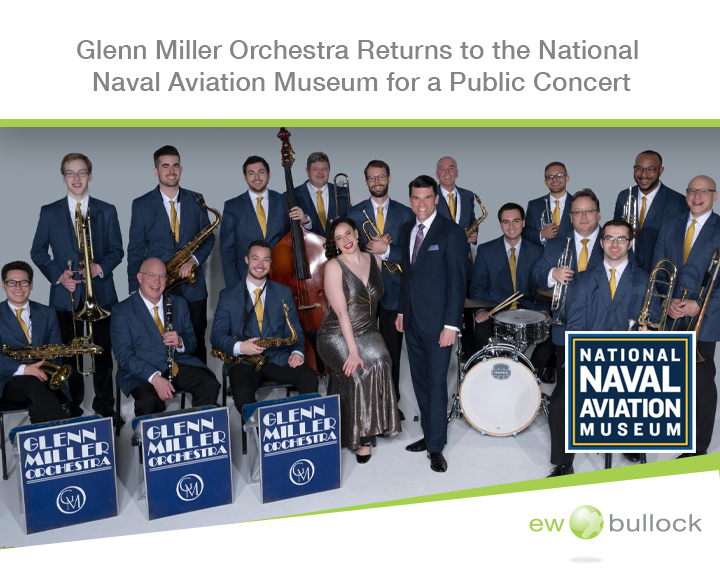 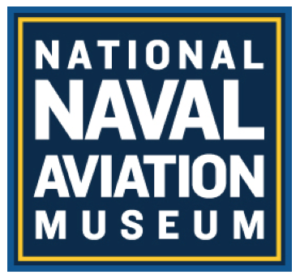 Pensacola, Fla. – (Dec. 22, 2021) – After two years of canceled performances, the world-famous Glenn Miller Orchestra is returning to the National Naval Aviation Museum for a live, in-person concert in late January that will be open to the general public.

The performance takes place Tuesday, Jan. 25, 2022 at 7 p.m. Concertgoers are invited to attend a pre-show cocktail hour starting at 5:30 p.m. General admission tickets go on sale Friday, Dec. 24 at 9 a.m. With its unique jazz sound, the Glenn Miller Orchestra is considered to be one of the greatest big bands of all time.

Concertgoers must present tickets for entry onto Naval Air Station (NAS) Pensacola. When arriving to the gates of NAS Pensacola, they must provide a printed e-ticket or have a confirmation email opened and ready for the NAS Pensacola Security Officer, in addition to a valid driver’s license or Department of Defense (DoD) ID card.

The Glenn Miller Orchestra is one of the most sought-after big bands in the world. The 19-member orchestra plays many of the original arrangements of legendary Glenn Miller such as “Tuxedo Junction,” “In the Mood” and “Moonlight Serenade,” as well as modern big-band style selections. The entire repertoire exceeds 1,700 compositions allowing the orchestra to remain popular with music enthusiasts both young and old. The current Glenn Miller Orchestra has been touring consistently since its founding in 1956, playing an average of 300 live dates each year, all around the world.

Preferred seating tickets are $55 and general admission tickets are $35 per person. Group rates are also available at $30 per person for 10 people or more. Tickets are available online at https://navalaviationfoundation.org/glenn-miller/.

Media Note: For more information about the National Naval Aviation Museum or Foundation, contact Malerie Cates at (850) 850-585-2770 or mcates@navalaviationmuseum.org.

The National Naval Aviation Museum features nearly 350,000 square feet of displays and is one of the world’s largest aviation museums. Located aboard Pensacola Naval Air Station, the facility boasts more than 150 beautifully restored aircraft representing Navy, Marine Corps and Coast Guard aviation. Be sure to visit Hangar Bay One, displaying aircraft of the post-WWII era including presidential helicopter, Marine One. Among the countless things to touch, see and experience are thrilling 3D and HD flight simulators and the new Blue Angels 4D Experience. Don’t miss the drama and power of the new laser powered Giant Screen digital theater. The Cubi Bar Café offers a unique dining experience, and the Flight Deck Store is the perfect place to find a souvenir that captures the spirit of Naval Aviation. Museum admission is FREE. NAS Pensacola is limited to current Department of Defense (DoD) ID card holders (active duty service members, retirees, and their families) and Veterans who possess a Veterans Health Identification Card (VHIC) from the Department of Veterans Affairs that displays the Veteran’s eligibility status. The National Naval Aviation Museum is open daily from 10 a.m.– 4 p.m. For more information, visit www.NavalAviationMuseum.org. 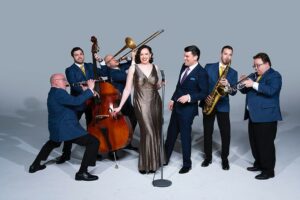 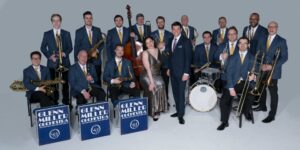 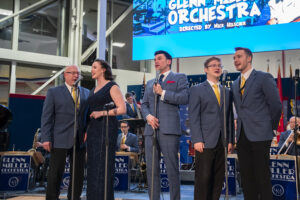 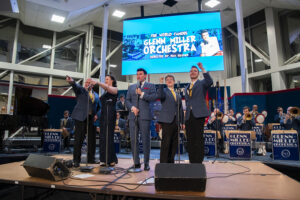