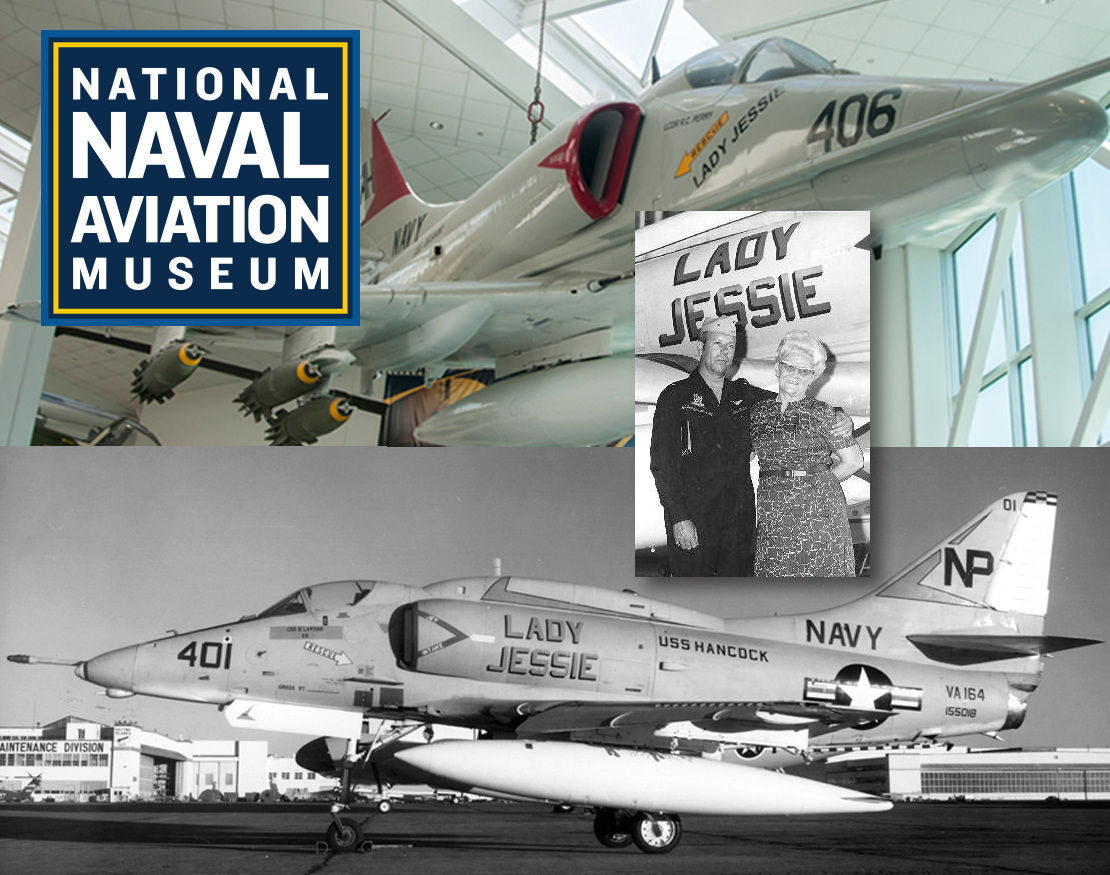 Posted at 13:42h in News by Admin 0 Comments
Share

August 29, 2016 –Pensacola, Fl—The Naval Aviation Museum Foundation’s Discovery Saturday program will honor “Lady Jessie” and reunite the Ghost Riders of Attack Squadron (VA) 164 on September 17 at 10 a.m. in the Blue Angels Atrium. Members of the squadron will tell the story of those harrowing days of air combat, the loss of squadron-mates and the support of a special lady, half a world away, as they operated from aircraft carriers in the waters off Vietnam.

In the midst of the unpopular war, Jessie Beck of Reno, Nevada, provided unwavering support to a squadron of pilots tasked with flying dangerous combat missions over North Vietnam. Such was their appreciation for her that on each cruise, the Ghost Riders of VA-164 painted the name “Lady Jessie” on the side of one of their A-4 Skyhawks.

“The military hardware we display in this museum is awe-inspiring, but it is stories like this one behind the airplanes that truly bring naval aviation history to life,” said retired U.S. Navy Capt. Sterling Gilliam, director of the naval museum. “That the memories of Lady Jessie endure nearly a half century after she first touched the lives of these naval aviators is testament to what she meant to them.”

Jessie Beck died in 1987, but members of her family are expected to be in attendance for the Discovery Saturday program, which is part of a squadron reunion for the members of VA-164 and taking place in the “Cradle of Naval Aviation” where they all began their Navy flying careers.

“Discovery Saturday” events are FREE and open to the public. The Naval Museum Foundation is requesting those interested in attending to RSVP by contacting the Foundation office at 850-453-2389. RSVPs are encouraged but not required.