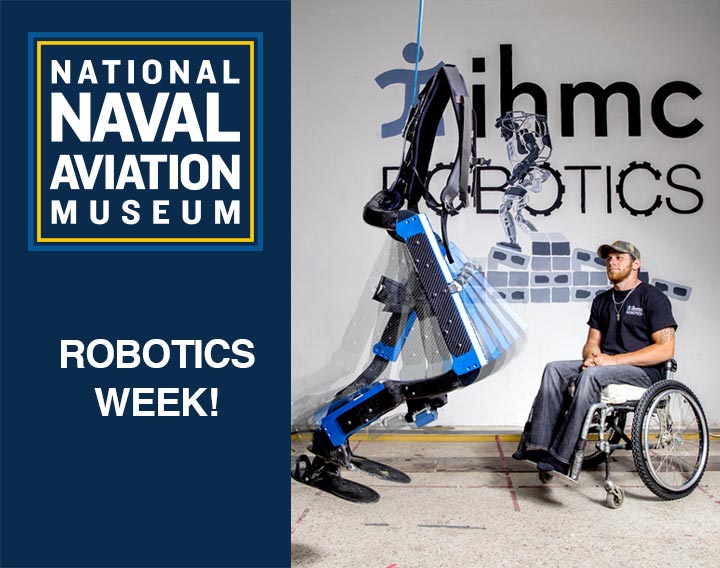 Posted at 12:44h in News by Admin 0 Comments
Share

National Robotics Week is all about celebrating the United States’ leadership in robotics technology and development and inspiring students of all ages to pursue careers in these areas. At Robotics Day, IHMC will demonstrate kid-friendly robotics concepts and real-world applications that inspire and amaze. Hands-on science kit activities will also be set up by the Pensacola MESS Hall.

Kids and families are invited to see National Geographic’s film, Robots in the newly renovated Giant Screen Theater. Tickets to the film Robots on Saturday, April 15 at 11 a.m., 1 p.m. and 3 p.m. are free, on a first come-first served basis. Complimentary popcorn and a beverage will be also provided.

Presented by National Geographic, Robots gives audiences an inside look at humanoid robots, exploring the difficulties of mimicking humans as well as what it means to be humanoid.

Viewers will take a tour of the world to meet a dozen of the most remarkable robots in Europe, Japan and the U.S., guided by host and narrator RoboThespian, an android voiced by actor, comedian and filmmaker Simon Pegg (“Shaun of the Dead”).

Audiences learn about Robonaut, the first space robot handyman, as well as robot butlers, search and rescue robots and eerily human-looking androids. The movie showcases the latest cutting edge efforts and challenges that are driving roboticists, engineers and scientists around the globe to new breakthroughs.

The 40-minute film also explores the latest in the field of artificial intelligence and machine learning, humanoid cognition and human-robot interaction (HRI), as well as developments in cloud robotics.