We partner with our clients to clarify, define
and articulate their purpose with ideas. 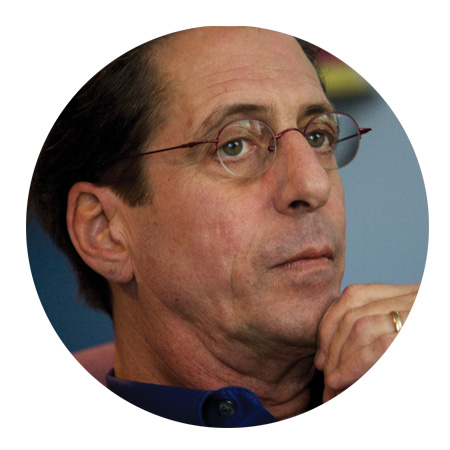 Ellis is Involved in every aspect of the company, including overall management, creative direction and production. 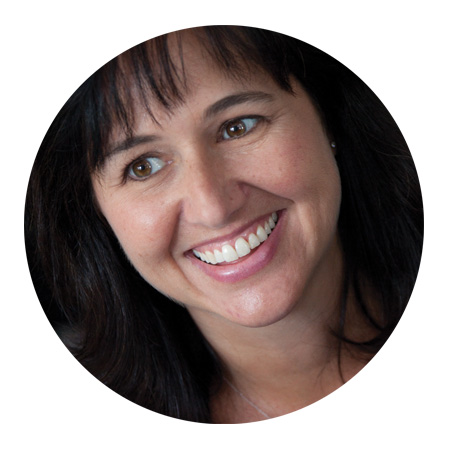 Leslie is responsible for the day-to-day, hands-on functioning of EW Bullock’s creative output. 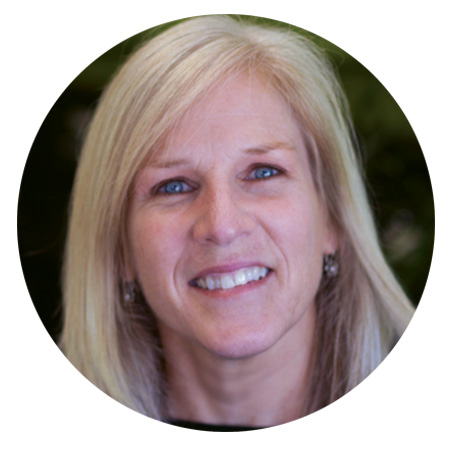 Ellis founded EW Bullock in 1982 after determining there was a need in the Pensacola market for an agency with fresh ideas and a different approach. Continuing to serve as president and creative director, Ellis ensures our ideas remain fresh. A notorious early adapter, if there is a new book on technology or business trends, Ellis has read it or it’s waiting on his bedside table.

Involved in every aspect of the company, Ellis maintains responsibility for overall management, creative direction and production coordination.

Serving on the board of the Baptist Health Care Foundation, Ellis has also served on the boards of the Pensacola Chamber of Commerce Committee of 100, the Fiesta of Five Flags and Pensacola Rotary Club.

While obtaining his Bachelor of Fine Arts degree in visual communications design from Florida State University, Ellis spent a semester in Florence. While there he met the legendary art collector Peggy Guggenheim in her Venetian mansion and developed a lifelong love of Italy and all things Italian.

Ellis and his wife, Joan, reside in East Hill. They have three children and five grandchildren.

Leslie is our chief operating officer, responsible for the day-to-day, hands-on functioning of EW Bullock’s creative output. To that role Leslie brings more than two decades of experience in account management, media planning and video production.

Before joining EW Bullock in 2002 as media buyer, Leslie, who graduated from the University of West Florida in 1991 with a Bachelor’s degree in communication arts/advertising, had experience with several agencies in the Pensacola market. With her arrival at Bullock, Leslie found the creative and challenging environment she had been seeking, quickly becoming account manager for some of our largest clients, including Visit Pensacola, Pensacola Energy and Landrum Human Resources.

A graduate of the LEAP (Leadership Pensacola) class of 2003 and the AAAA’s Executive Leadership Program, Leslie’s goal as the company’s first COO is to continually improve EW Bullock’s internal operations, from new client development to traffic flow, while assuring our clients receive the full benefit of the agency’s myriad skills.

A native of Milton, Fla., where her family owns and operates Milton Quality Bakery, Leslie lives in southern Santa Rosa County with her husband, Larry,  and son, Parker.

Sarah comes from an extended family with deep roots in Pensacola. A travel lover with “itchy feet,” she frequently travels to Australia where her sister’s family lives. Her travels have taken her bungee jumping and sky diving in New Zealand, hiking in Patagonia, diving the Great Barrier Reef, Fiji Islands, British Isles, and Galapagos Islands and on safari in Botswana and Zimbabwe.

Through her local Pi Beta Phi Alum Club, Sarah participates annually in the National Education Association’s event, Read Across America as well as volunteers at a local elementary school reading to children and helping with book fairs.

She lives in East Hill but can frequently be found at Turner’s Camp, a family retreat on the shore of Pensacola Bay in Gulf Breeze. 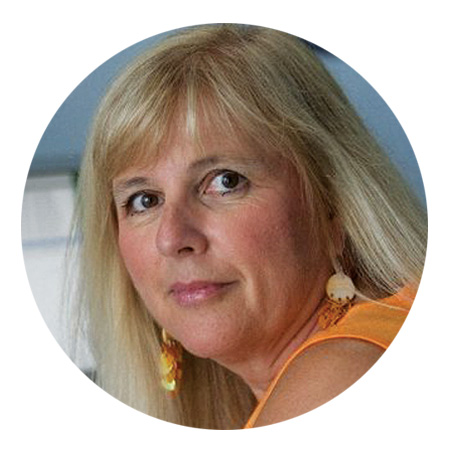 Sandy serves two functions at EW Bullock. The first is as financial officer and office manager. In that role she manages accounts payables/receivables, payroll, human resources and assures the overall smooth operation of everything from billing to time management. Sandy’s second function, since she has been with the agency since 1986, is unofficial historian. She knows who has come and gone, which desks they occupied, the many colors the walls have been painted and she remembers all the clients we have serviced over more than 25 years.

Sandy and her husband John recently moved to Michigan but she still functions as Ellis’ right hand thanks to the wonderful world of technology. She custom designed our very efficient project tracking system, and continues her number crunching in the place where she was raised and is happy to return to four seasons.  She visits the home office 2 to 3 times a year so don’t worry…you will still see her around Pensacola off and on. 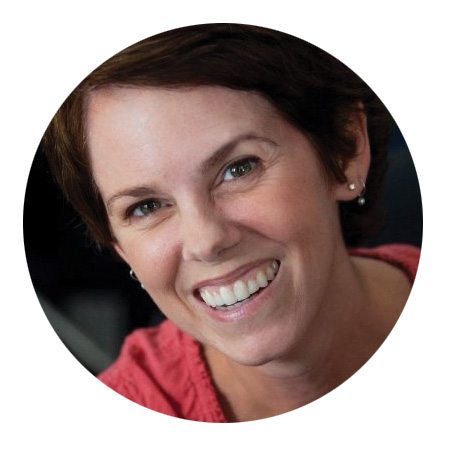 A native of Jacksonville, Fla., Trisha holds a degree in graphic design from Florida State University.

Trisha is a native of Jacksonville, Fla. and a graduate of Florida State University with a degree in graphic design. She relocated to Pensacola in the late 1980s, starting her career as a technical illustrator creating drawings for aircraft training manuals for government contractors. In 1991 Trisha landed a graphic artist position with an international scuba diving magazine where she became the sole designer and production manager.

In 1995 Trisha entered the world of advertising, working for various Pensacola agencies before finding her home with EW Bullock in 2002. With numerous Addys and a Flagler under her belt, her portfolio includes work for Baptist Healthcare, Pensacola Symphony Orchestra, ECUA, BRACE, University of West Florida, along with the annual Visit Pensacola Vacation Guide, a mammoth undertaking with a print run of 150,000.

An author of Dr. Seuss-inspired poetry, Trisha is an artist who works in various mediums, from pastels to woodblock prints to leather jewelry, in the studio behind the East Hill cottage she shares with husband Mike and daughter Mallory, also an aspiring artist. 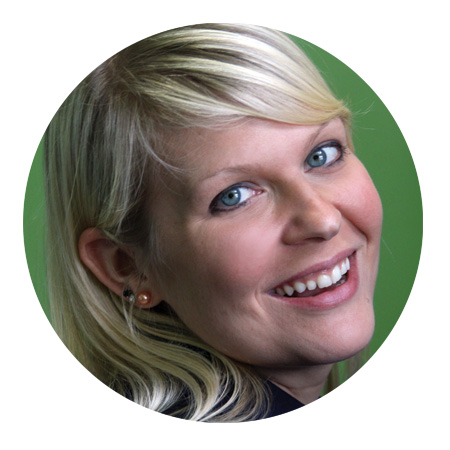 Nikki joined EW Bullock in August 2011 after spending three years in Japan where she taught English to local children and adults and worked as a command ombudsman with the U.S. Navy. As part of her ombudsman duties, she assisted with distributing public information during the 2011 Japan earthquakes and subsequent evacuation of some American personnel.

Nikki serves as Bullock’s media buyer, and she also assists with public relations efforts and management of some key accounts, including the Pensacola Interstate Fair.

A native of Gulf Breeze, Nikki received her Associates degree from the University of Florida before graduating from UWF with her Bachelor’s degree in Communication Arts/Advertising. She resides in Gulf Breeze with her husband, J.C., and their children, Aubriana and Jace. 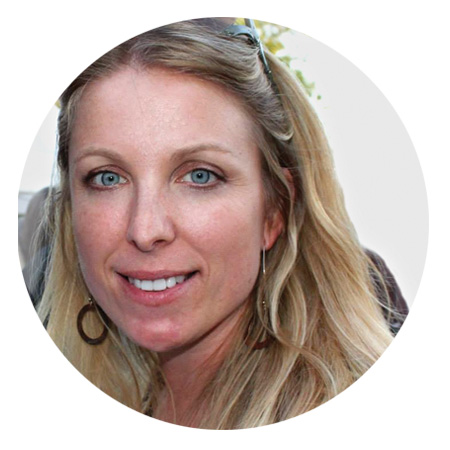 Katie worked more than 12 years as photojournalist and manager at the Pensacola News Journal.

Katie King joined EW Bullock in 2015 after more than 12 years working as a photojournalist and manager at The Pensacola News Journal. A graduate of the Henry W. Grady School of Journalism and Mass Communication at the University of Georgia, Katie was a freelancer for The Atlanta Journal-Constitution before joining the Pensacola paper in 2002.

While at the PNJ, Katie’s photographs gained national recognition, including an appearance on CNN where she talked about her experience shooting the aftermath of Hurricane Ivan. Her photos have also made the Newseum’s Top Ten Front Pages exhibits in Washington, D.C. Her work has appeared in The New York Times, USA Today, The Los Angeles Times, The Washington Post and other major publications.

While at the PNJ, Katie helped the newsroom staff transition from print to digital coverage to enhance the online experience of readers. She was a newsroom leader in optimizing a multi-platform approach to daily news coverage and she developed deep skills in the use of social media and targeted marketing.

At Bullock, she serves as an account manager, specializing in public relations with an emphasis on digital and social-media campaign management.
Katie was born in Louisville, Kentucky and believes the first Saturday in May – Kentucky Derby Day – should be a national holiday. She moved with her family to Atlanta, Georgia in 1987 and has vowed never to live outside the South again, especially after discovering the beauty of Pensacola Beach.

Her love for the community deepened after settling into her cozy East Hill home that she shares with fellow photojournalist and potter Ben Twingley. The couple share their cottage with a pair of rescued Great Danes, Bauer and Minnie, who control the sitting and sleeping arrangements in the house.

Katie has been a mentor with the Big Brother/Big Sister program in Pensacola and is actively involved in dog rescue and adoption placement services around the Southeast. 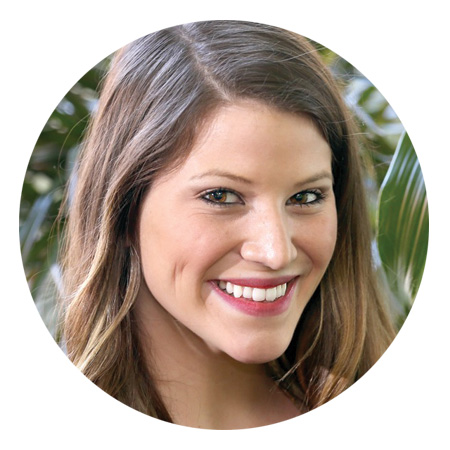 Stanhagen graduated college in May of 2015 from the nation’s second-largest university, the University of Central Florida, where she earned her Bachelor of Arts degree in Communication with a minor in Hospitality Management and Mass Communication.

People-oriented by nature, Stanhagen found her calling in the Advertising and Public Relations field. She secured internships at two different advertising agencies in Orlando, serving in the PR department at each establishment. There she gained hands-on experience developing social media campaigns and drafting numerous press releases and blogs tailored toward multiple industries.

As our Media Buyer, Stanhagen handles all aspects of media for clients — including media plans, budgets and media placements.

Born and raised in Gulf Breeze, Stanhagen returned to the Panhandle post-graduation enthusiastic to be back in an agency environment, embracing her passion for the business while remaining near family and friends.

Stanhagen proclaims herself as an avid, but smart, shopper and shares her inner “fashionista” through her personal style blog. She enjoys spending time outdoors – from brunching with friends to boating around the beautiful Emerald Coast 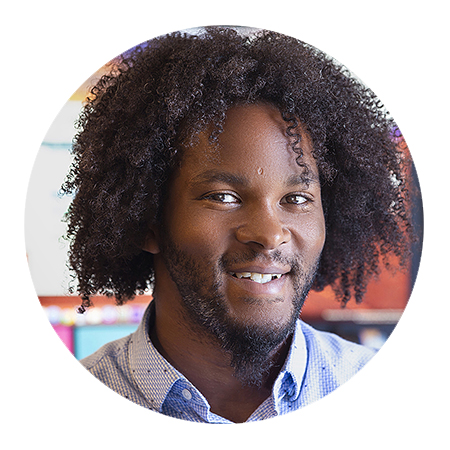 Recently joining the team in 2019, Devin creates visual solutions for the agency’s clients.

Devin D. Bonner joined EW Bullock Associates as a Graphic Designer in June of 2019, where he will be creating, presenting and producing creative visual solutions for the agency’s clients.

A native of Pensacola, Devin graduated from Washington High School in 2004 before earning an Associates of Pre-Pharmacy degree from Mississippi Gulf Coast Community College in 2007.

Devin has previously worked as a graphic designer for Navy Federal Credit Union and Lamar Advertising. He is the recipient of numerous gold and silver Addy Awards, both at local level and district level, for his illustrations, photography, poster series and pre-press campaigns.

Devin’s hobbies include dancing, motor sports and martial arts. Devin is the founder of The Rocksmiths, a non-profit that combats depression through hip-hop music and dance. Devin and his wife, Annastasia, live in Pensacola.