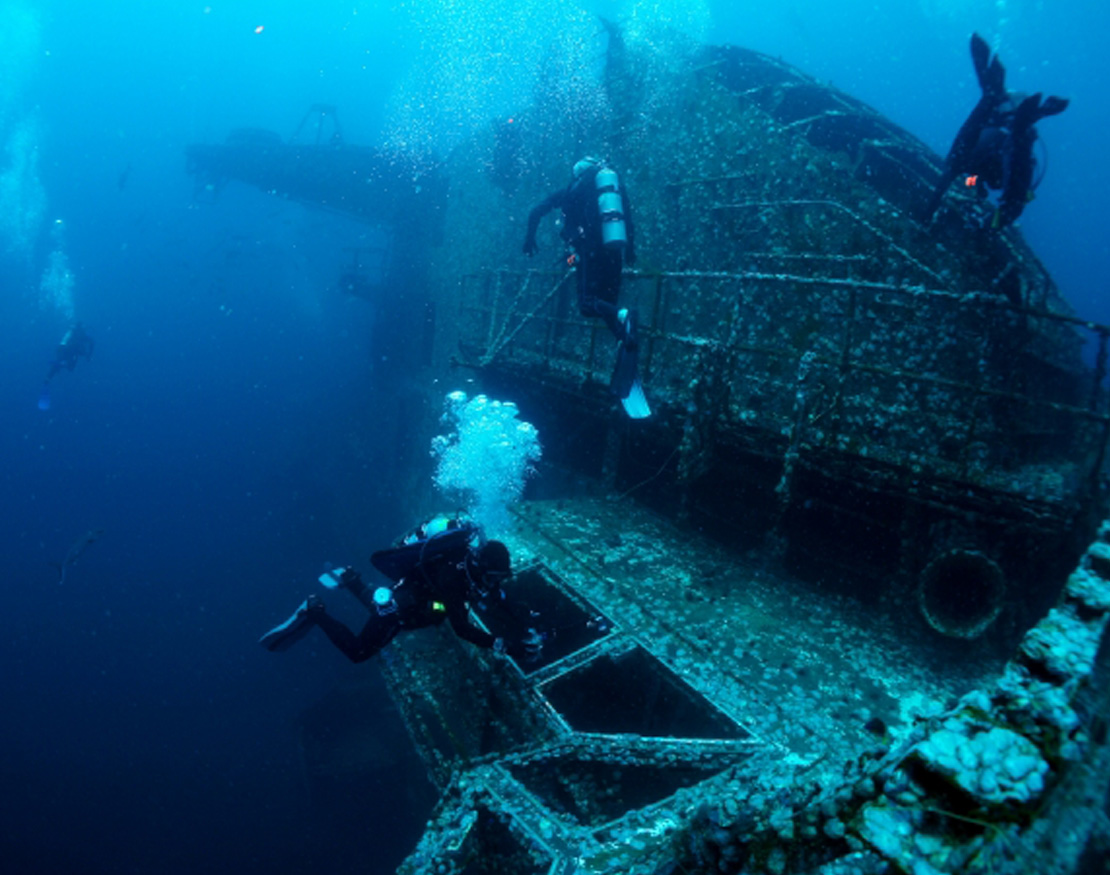 10 Mar Celebrate the 10th Anniversary of the “Great Carrier Reef”

Posted at 10:51h in News by Admin 0 Comments
Share

March 10, 2016 –Pensacola, Fla. –  To commemorate the 10th anniversary of the reefing of the USS Oriskany in May, Visit Pensacola invites explorers of all ages to visit this historic seaport, located on the northwest edge of Florida, and explore some of Pensacola’s most incredible scenery hidden beneath the waves.

Pensacola is home to a number of shipwrecks from centuries past, including the Emanuel Point I and II wrecks from the fleet of Don Tristán de Luna’s 1559 colonization attempt, as well as more recent wrecks and artificial reefs, including the USS Massachusetts and the Oriskany, known as the “Mighty O.”

On May 17, 2006, the Oriskany became the first U.S. warship scuttled under a Navy pilot program to convert decommissioned naval ships as artificial reefs. Explosive charges were detonated along the retired 911-foot naval aircraft carrier, and at 44,000 tons, the Mighty O sank stern-first in just 37 minutes to become, by far, the largest vessel ever sunk to make a reef. The massive warship now rests upright on the sandy bottom, 212 feet below the surface of the Gulf of Mexico about 24 miles southeast of Pensacola Pass.

In the 10 years since her sinking, the Oriskany has put Pensacola on the map as a diving spot. She holds prolific sea life — from tiny sponges to Goliath grouper to sneaky sharks — with superb opportunities for underwater video and photography. Divers from as far as Australia, Japan, Sweden and Russia have returned from the depths singing the praises of the Mighty O, and CNN dubbed the wreck “The Great Carrier Reef.”

Although the Mighty O may be out of commission above the water, that is certainly not the case below. The ship is visible to divers at every skill level, however accessing the ship’s flight deck region requires an advanced diving certification since it is located at 145 feet — about 15 feet outside the recreational diving limit. Her crown, or island, can be approached at 78 feet in emerald-clear water where visibility averages 70 to 150-plus feet.

In addition to the Oriskany, Pensacola offers four other shipwreck sites along the Florida Shipwreck Dive Trail. They include:

In addition to the Panhandle Shipwreck Trail, several other local dive sites are accessible to divers of various skill levels including the USS Massachusetts, commissioned in 1896 — one of the nation’s oldest battleships, located just 25 feet down about 1.5 miles from the Pensacola shore — and the 400-foot freighter Antares in Pensacola Pass, a favorite spearfishing destination.

Don’t have a scuba diving certification? Don’t worry. For those who prefer snorkeling in shallow waters, there is an extensive artificial reef system along Pensacola Beach and Perdido Key. Park East is located about 1.4 miles east of Portofino Island Resort on Pensacola Beach. The reef on Perdido Key can be accessed from the public beach area off Sandy Key Drive. The reefs are located 500 feet off shore where snorkelers will find a variety of fish, sea turtles and sea life in the clear waters of the Gulf.